Win / All
Trending
Communities Topics Log In Sign Up
Sign In
Hot
Topics
Settings
Win uses cookies, which are essential for the site to function. We don't want your data, nor do we share it with anyone. I accept.
DEFAULT COMMUNITIES • All General AskWin Funny Technology Animals Sports Gaming DIY Health Positive Privacy
1

The infamous butchered He-Man reboot had reminded me about this idea for a comic accurate cybersix animated series, where along with fighting techno's, fixed ideas, and the mad scientist's other creatures, she would also be fighting allied terrorists and criminal gangs who are working with him.

Unfortunately, the franchise is extremely prone to being highjacked to promote regressive leftist propaganda as said mad scientist is an escaped Nazi war criminal, meaning there would likely be attempts by said extremists to push conspiracy theories about neo-nazis/white supremacists.

It's a shame, though do you guys have any other examples of franchises that are vulnerable to this bullshit? 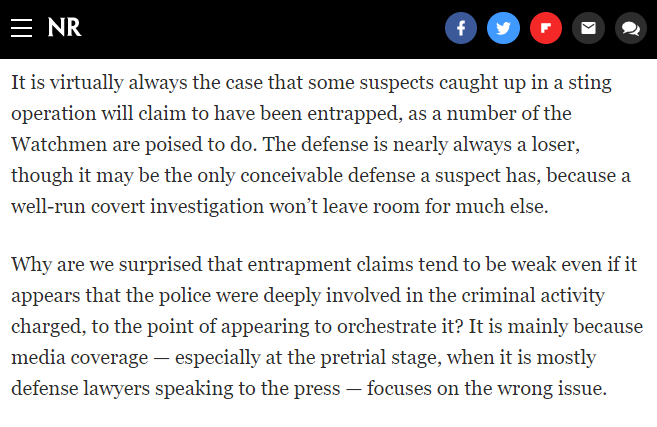 I think that no matter your politics, religion, race, sex or ethnicity there is only really one distinction that matters: those that care about the Truth and those that care about saving face (and making sure they are never seen as wrong). I am of the former kind. I was a progressive borderline-SJW just 5 years ago, but since I fall into the former of the two distinctions, here I am on the side of Truth - dispelling with any false notions I once had. What does it say about your reboot strategy when the best way to preserve fan interest is to deliberately lie about what is in the show? Instead of embracing the woke feminist direction as something he believes is legitimately good and worthwhile and attractive to viewers, Kevin Smith ran from it as decisively as he could. That's a pretty direct acknowledgement that such content is largely unwanted.

So they know this shit isn't popular, and yet they once again chose that direction. Sorta confirms the notion that most of this leftist idiocy in entertainment is ideologically motivated even to the utter detriment of profit.

With that in mind, I'm thinking maybe the lie wasn't just about duping more people into watching the show. Maybe leftist subversives can't get off unless the old school fans are actually ambushed by the destruction of their favorite franchises. I mean what joy is there in tearing down a man's childhood favorites if he's already resigned to your subversion? If he sees you coming from a mile away, you won't be able to extract the same satisfaction from his muted disappointment and frustration.

Sounds almost insane, but would you really put it past these people? One of the more choice critic reviewers even says that she enjoys the show primarily because she knows it pisses off the old school male fans. That's the level of petty spite and envy we are dealing with here. Anyone getting the vaccine now is part of a trial group. Anyone who thinks "free" is a good deal is an absolute moron leaving money on the table.

They should be compensating each participant in their trial. No pregnant or breast feeding mothers were included in the trials. In other words, any doctor who is pressuring a pregnant woman to get the shot is taking part in a criminal act.

In reality, most people getting the vaccine are uninformed to the fact that they are part of one of the largest clinical trials of all time.

Women have lost their babies. Children have been born with defects and/or forced to drink contaminated milk supply from their mothers. Details of this are only now being gathered.

Why is the vaccine free? Because they are the product.

China "accidentally" releases a shitty bioweapon that almost exclusively kills old people and others knocking on deaths door. Governors invest in HCQ for studies that never seem to happen. The only study turns out to be bullshit. Any attempt to "treat" or "cure" COVID is attacked with hysterical fervor. We get an experimental vaccine in record time. This type of vaccine was warned to be extremely dangerous by a college in 2012 because the spike proteins are too close to proteins in normal cells and caused host bodies to attack themselves.

People get the "jab," people die. It's covered up. Tests are changed to encourage mass inoculation through fear. People around "vaccinated" show adverse signs from what are suspected to be "shed" spike proteins. Fear campaigns are ramped up in the media when people get sick, but few are actually dying, despite massively cooked numbers. Any globalist leader pushes for full blown communist shutdown and control while conservative areas are doing fine open.

The people pushing the "vaccine" appear to be luciferians bent on population reduction through their "settled science" religion of global warming and the need to reduce populations.

They appear to want to distance the populations from themselves, only donning protective equipment when they get around the unwashed masses (6ft plebe!) whom they are trying to force to take a "vaccine" of a type that killed the animals it was tested on, is killing people now, and looks to have long term potentially fatal side effects like prion disease. They have stockpiles of HCQ, Ivermectin, and surely many other treatments that can wipe out this shitty bioweapon. Is there another reason for the face-diapers than just to instill fear?

deep breath Boy that was fun.

1
“French co-owner warns of serious problems in Taishan plant”; The plant raised its levels of acceptable limits for radiation detection outside the plant, this is done to still be able to detect an event during a leak. The French co-owners said if it were up to them, they’d shut the plant down (archive.is)
posted 3 hours ago by Vsid in News News • 3 hours ago by Vsid
1 comment share
1 comment share save hide report block
9