Animals
Communities Topics Log In Sign Up
Sign In
Hot
All Posts
Settings
Win uses cookies, which are essential for the site to function. We don't want your data, nor do we share it with anyone. I accept.
DEFAULT COMMUNITIES • All General AskWin Funny Technology Animals Sports Gaming DIY Health Positive Privacy
38 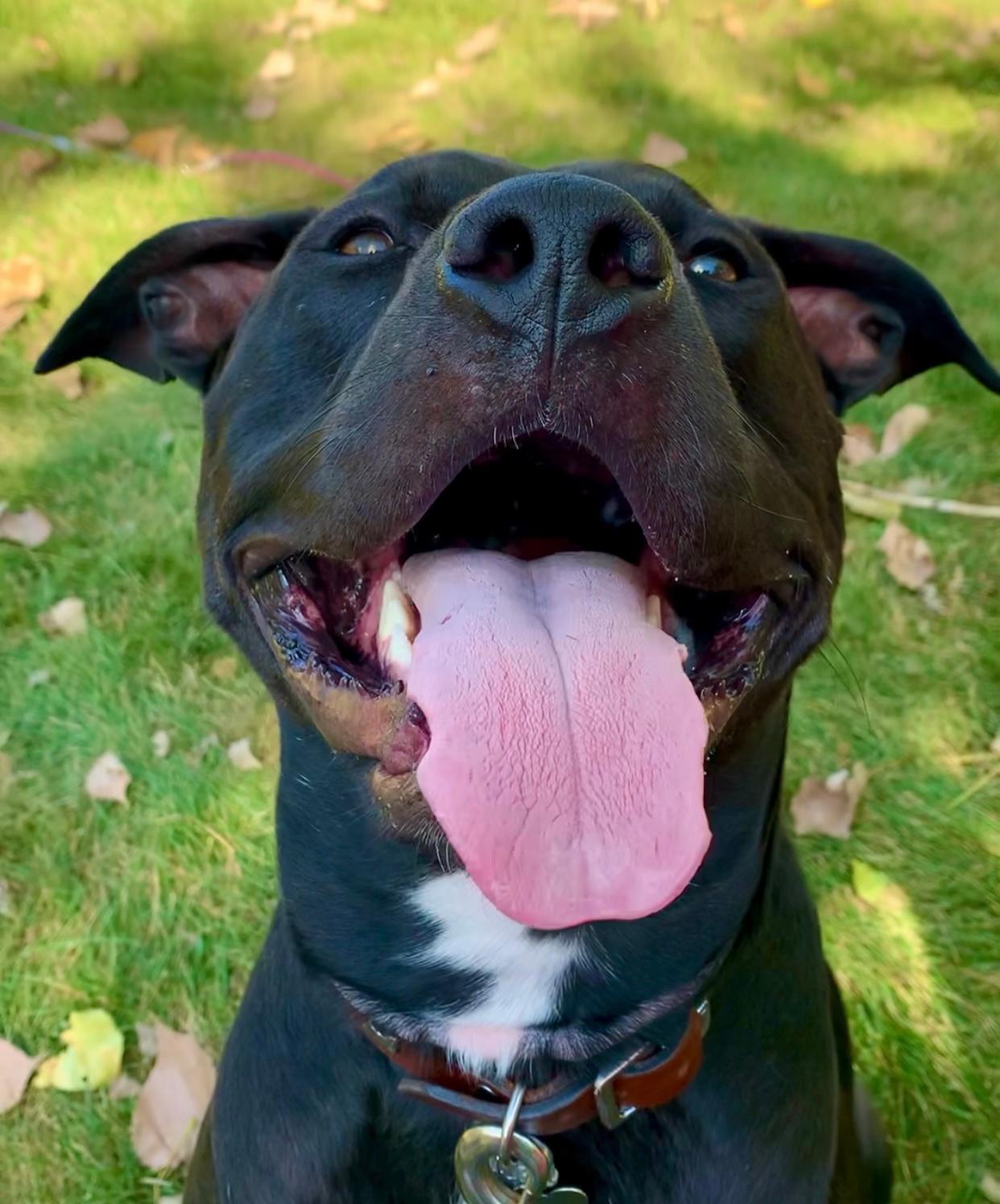 I'd never had a dog growing up, parents hated pets. Only pets I've ever had were birds or iguana or fish... one cat that I took care of for someone else. But I'd never had an animal I grew close to. Several years ago my wife rescued a puppy off the street. We live in a rural area and its fairly common that people from the city abandon animals out here, fucking assholes.

I didn't want a dog, but I knew my wife and son wanted one so I didn't argue. Its not cheap at first especially with the dog being an abandoned puppy. We spent a fair amount on vet visits to get her the proper medicines and foods and toys.

I understand how dogs and wolves interact and act as a family (nature programs over the years). So I bonded with the dog, I'd let her climb up on me and lick my face and I'd groom her and rub her face and tummy. I played with her and did things with her.

She grew to be bonded tightest with me, I did a little research and learned she was most likely a border collie. From what I've read they bond very strongly and are territorial and are protective of their family.... all very true.

Years passed and over time I grew to love her, she and I were perfect together. My wife would joke that Toodles was "the other woman" in my life. I supposed she was! We all loved having her, such a goof at times and could run like the wind. She was the smartest animal I've ever been around, I swear she could understand a lot of what we said. She was also such salt dog, loved the beach! When she was young she dug the hell out of everywhere because we get moles and would redig the holes after I had tried to fill them over. She also loved laying on my lap at night and she'd roll over for me to rub her tummy. If I only rubbed her head she would reach up with a paw and push my hand to her belly for rubs and scratches. Like all border collies she was a natural herder and would do that every chance she got. She would herd kids and other animals in the area.

We live on some open land and never had a problem with her running away, border collies tend to stick to the area that they recognize as home base. But for some reason on Monday night she meandered off while I took my son to his sports practice. My son and I got home a little over an hour later, we started eating dinner and I noticed Toodles wasn't there with us, and she always was in the kitchen whenever anyone cooked. So we started looking and calling for her.

Knowing what a brat she could be I figured the neighbors had thrown some food in their compost or burn pile and she had snuck over there, it wouldn't have been the first time she ate something that would require a trip to the vet. I started calling while expecting to see her slowly slinking back, head low knowing she did something she shouldn't have and hoping dad wouldn't be too cross!

But nothing. No sign of her, no sound, when I made my way to the end of our drive while still calling her and seeing nothing I knew something very bad had happened. Over a decade ago, while my now wife and I were still dating, her dog had sneaked off similarly and we found her the following day, she had died on the highway, a quarter mile from their house.... and Monday had that same eerie feel to it. I knew something bad had happened. So I walked the road up to the highway. I was late at this point and I was looking while using a phone light, not the best for searching and I was cursing myself for not getting new batteries for my good light.

I found her lying right on the edge of the road. She was curled into a fetal position and wasn't breathing and no pulse, her eyes were glazed and half open, tongue just sticking out barely. It was obvious a car had struck her. I carefully picked her up and hurriedly carried her home. It became obvious she had passed away. I held her tight in my arms and laid her on the porch and kept checking for signs of life, but it was too late. My wife, son and I were crushed and emotional. I kept petting her and telling her I loved her and I'm sorry. We gathered around her and petted her and hugged her and loved on her and told her how much she means to us.

Later that night I dug her a bed and we laid her to rest and said a few words over her.

I never thought about having a dog, never wanted one. Now I cant hardly eat, its hard to focus at work and I cant stop thinking about her. Especially after we lost my brother last year, this was especially difficult. We lost our girl. My son is young and taking it hard but we're there for him. My wife blames herself for not making sure Toodles was safe though I've told her its not her fault.

I grew up in a very abusive home. Lots of mental and physical abuse. "Love" was a thing that was a manipulation game, something you couldn't earn but always hung like a carrot. Over the years I've lost all the family I had pertaining to blood relatives, my brother was the last and he took his own life last October. He wasn't just my brother, we were best friends. Over the years I had been through many bad relationships (and a failed marriage) and a lot of very hard times. I learned my lessons the hard way unfortunately. Over the years I've become increasingly jaded and hardened.

But I realized with her passing that she had given me what I never knew I could have, unconditional love. Its quite simply the most amazing thing there is. Don't take this the wrong way, I have a fantastic wife and son who I love more than anything and everything, but there was something different from a dog. Their love is unconditional and I'd never had that till her. I miss her dearly but I'm glad for the time we had together because she freely gave me the kind of love everyone should have. RIP baby. 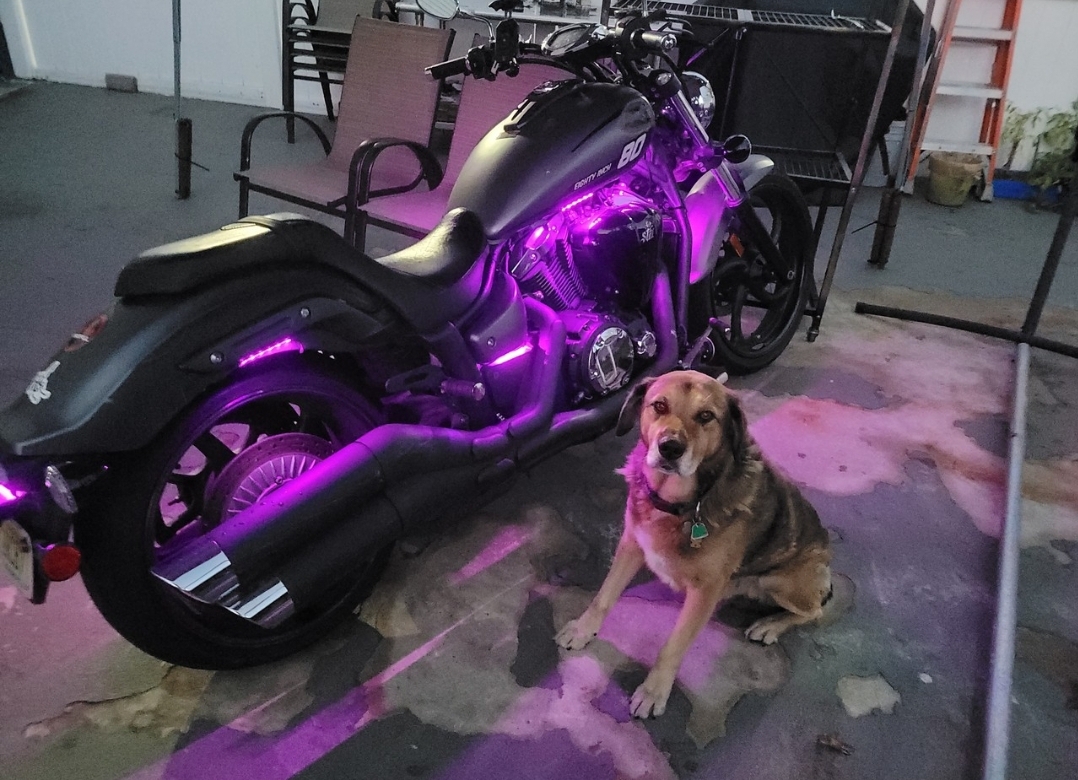 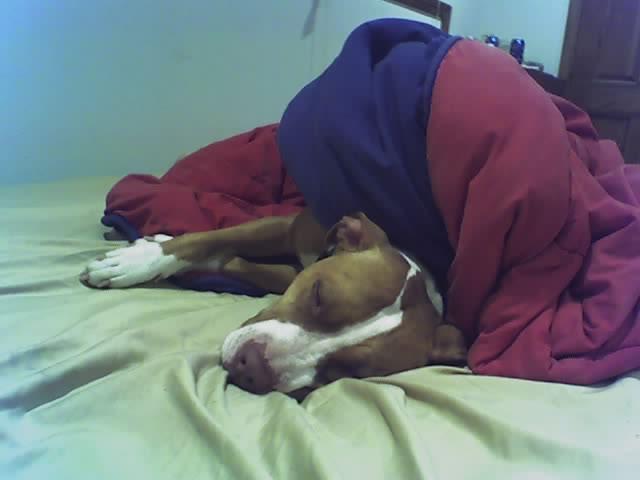 Bubbie is near death and can't walk. He's living on the pee pads now. It's a long-term condition for many years. I'll try to call a vet who does home visits for euthanasia, but last time I called her, she was a no go. So should I stop feeding and giving water to not drag it out, or what? Animals is a community for posting videos/photos of animals, whether that be your own pets (or content you took yourself), or things you found online you want to share!

Questions and Concerns: All moderation questions and concerns should be submitted via modmail.

Everything Animals No non-animal posts. There are no exceptions. Bugs will be marked spoiler to help with phobia.

Remember to flair! Please attach a flair to your post! It helps organize the community and makes searching easier.

Follow Sitewide rules No racism, No doxing, Do not break the law. Be respectful. No promotion.

c/Animals content only Do not bring drama from other communities into this one.

To use these emotes, use the code u/#emotename in your comments!