TheDonald
Communities Topics Log In Sign Up
Sign In
Hot
All Posts
Settings
Win uses cookies, which are essential for the site to function. We don't want your data, nor do we share it with anyone. I accept.
DEFAULT COMMUNITIES • All General AskWin Funny Technology Animals Sports Gaming DIY Health Positive Privacy
1994 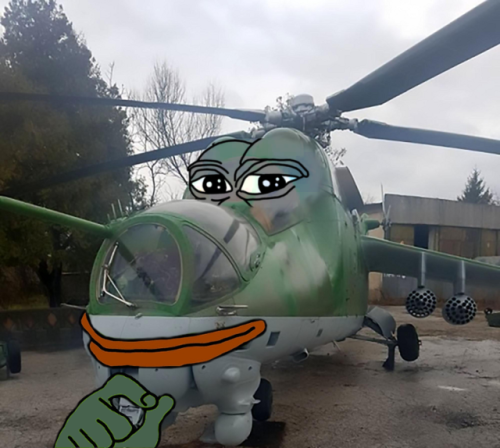 The Chinook holds more passengers though

And is faster, so can do more round trips per hour

Just turn her on and lower them onto the propellers. It'd be kind of like a woodchipper but cooler and it would save fuel because you don't have to leave the ground to get the job done so it's environmentally friendly plus it spreads fresh groomer fertilizer wherever it's set up.

How about you actually arrest a single individual first?

Can you FLY bobby???

Matt Gaetz is climbing aboard as we speak

Matt Gaetz did nothing wrong, as proved by his continuing to be an extremely effective Congressional member for us. Here's a man who can stay on point in the face of bullshit diversions (talking about him grilling Austin now), think on his feet and most iimportantly here is someone who gets it.

He's a good looking guy and for all our sakes and the sake of the country I hope he can keep it in his pants because he has a long and important career in politics before him if he can.

I hope he just realizes what gifts he has, takes the fate of this nation fucking seriously and either gets married or takes a vow of celibacy.

Lots of people have lots of sex with hot babes. It only feels important. On the other hand, only a few men in each generation are in a position to make a real difference to the fate of a nation and its people.

“Why is this helicopter missing seat belts?

I identify as an attack pepe, if you question it you’re just a bigoted helicopter-phobe.

Get to the HelePepeChoppa ! Now

Hate to say it but it almost looks like Donkey...

looking a tad ballchinian there my friend.

Ah, the Mi-24 Pepe, the deadliest pepe of them all. He not only shoot Groomer, he drop them in ocean too.

Blue Thunder, that is what you want.

That movie also had flashbacks to throwing people out of a helicopter, although that was probably out of a Huey.

Will assume Mikhail Mil was a big communist.

Maybe not as big as Ned Isakoff.

No, illegals fly for free. 🤬 To the interior.

BeHIND every Pinochet is an airborne Pepe

President Donald J. Trump to deliver remarks at a Save America Rally in Mendon, IL