TheDonald
Communities Topics Log In Sign Up
Sign In
Hot
All Posts
Settings
Win uses cookies, which are essential for the site to function. We don't want your data, nor do we share it with anyone. I accept.
DEFAULT COMMUNITIES • All General AskWin Funny Technology Animals Sports Gaming DIY Health Positive Privacy
53

Still sleeping: Even when they finally realize they’ve been fooled by Fake News & admit the 2020 Election was fraudulent, notice how they’re still blinded by Fake News & repeating the lies about horse whipping at the border? When you gonna really wake up Rod Liddle? (media.patriots.win)
posted 363 days ago by me-no-likely3 363 days ago by me-no-likely3 +53 / -0 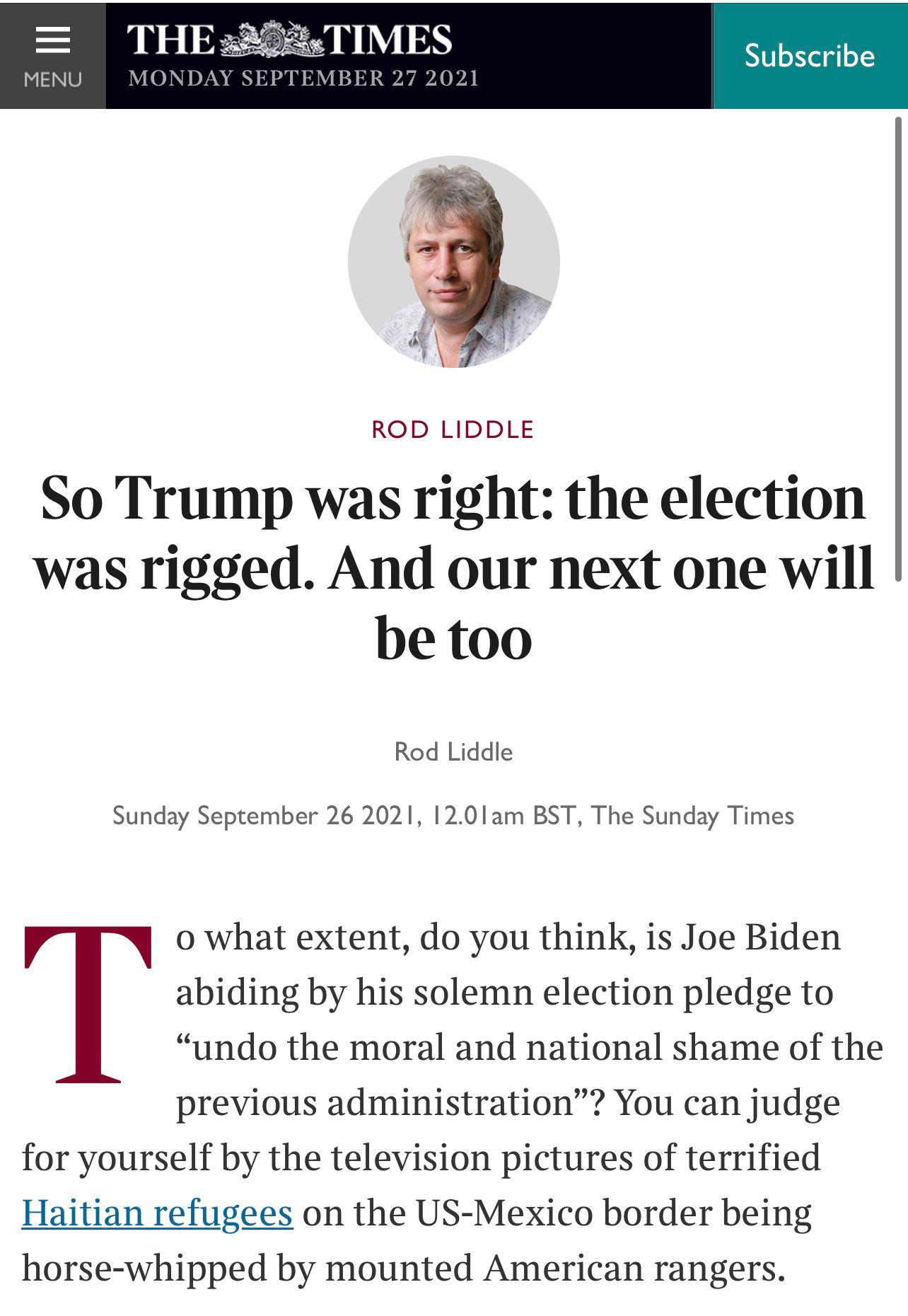 what a piece of shit liar

The shamelessness of these serial liars is just jaw dropping...

It's always the same modus operandi. They lie about something and reference the lie as if it's the truth in later articles even if the lie was debunked.

Circular citation of the lies they create is a Marxist/Leftist specialty.

They do the same in Academia.

What a completely shameful and demonstrable lie.

I guess old habits are just too hard for them to break. Once a liar, always a liar.

I was so pissed when I read that line.

The MSM does this all the time. lie about something in the news to push an agenda, it reaches millions of people and everyone eats it up. Print or broadcast a change later, sometimes much later, maybe 10% of the people who saw the original broadcast/print sees it. Its nothing new, I think its a liability reason so they can legally say they are truthful. But they did this since I was old enough to pay attention, Bush Jr, probably longer.

A red pilled Brit is like the most blue pilled American.

Like when "conservatives" move from California to Idaho and criticize constitutional carry laws, and say "some common sense infringements are necessary"

It's all relative. At least this dumbass Brit is now headed towards the light