TheDonald
Communities Topics Log In Sign Up
Sign In
Hot
All Posts
Settings
Win uses cookies, which are essential for the site to function. We don't want your data, nor do we share it with anyone. I accept.
DEFAULT COMMUNITIES • All General AskWin Funny Technology Animals Sports Gaming DIY Health Positive Privacy
2322 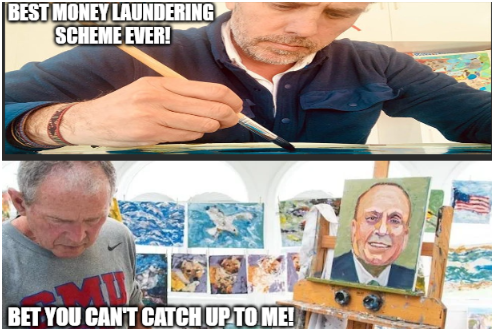 What about movie deals? You too can have zero acting experience and become a leading man of a $150 movie.

Not to be a complete *doomer on this one but I feel bad that you wrote all that because you’re 3 steps behind.

Hate crimes laws are supposedly color blind. How do those laws work out for us?!

True, most battles are lost before they're started.

Just like if you take a test without studying, confidence is better than preemptively feeling defeated.

I don’t disagree with attempts and desire being important at all. I even mentioned my response was more doomer than anything.

I do disagree with using “whose fault is this” as a reaction to someone stating the reality of a situation as those are two separate things.

Assigning blame in terms of a solution is typically irrelevant.

If you want to be a person of action you have to find results which work within the current framework. I don’t see your suggestion really doing that.

To be fair I’m not sure I have my own. But give me some time.

What about Netflix deals?

ACB has entered the chat

This is how many of the criminals get “paid”.

Sometimes I can't believe Hunter Biden is a real person

It's like someone created a character that has every vice the Left accused Trump's kids of having.

Yep, when they came out with the "Russian dossier" in 2016, they had just paid a guy to follow around hunter for a day or two. Then they just had to replace Hunter with Trump. Then stretch out the timeline to make it believable that someone could do all of it.

The. Flair. Has. Become. Aware.

After this shit show is over, I want a based pede to make a movie about him. I feel like it would be excellent entertainment lol

HeS tRyInG tO tUrN hIs LiFe ArOuNd!

Yeah, no... People like that will forever be addicts and pieces of shit.

Exactly, lol. I just wanna see how much of a fuck up he is. It’s like a car wreck and I can’t look away 😅

Agreed, it's probably his one good quality.

Yeah anyone who was even somewhat familiar with the history of W would know he has done this forever and mostly as a hobby. It’s nothing like Biden’s obvious money laundering scheme.

Virtually nobody left on this site has any knowledge of history or ability to handle nuance. Every Republican in politics is just MUH UNIPARTY NEOCON RINO. Every conservative doctor endorsing vaccines is a SHILL. Everyone who disagrees with anyone here on anything is MUH TRAITOR.

Apparently, even Trump is a UNIPARTY NEOCON RINO to most people here because he didn’t get himself killed to bail out a bunch of larping fools that got him blacklisted from every major organization / platform in our country on January 6.

Oh and people like me who are disappointed that this site dropped 40 IQ points since the election are RETARDED FAGGOTS. We are basically an elementary school at this point compared to the university of knowledge this site used to be just a few months ago.

Yeah anyone who was even somewhat familiar with the history of W would know he has done this forever and mostly as a hobby. It’s nothing like Biden’s obvious money laundering scheme.

Could still be a money laundering/payoff thing if he sold his paintings for half a million. For which I could not find any info online so he seems to be in the clear. (or just more interested in hiding it)

But with the rest of your post I can not agree. We need to start painting with broad strokes if we want to achieve anything.

Every Republican in politics is just MUH UNIPARTY NEOCON RINO.

Yes maybe there are good republicans in power. But at the very least they are ineffective and unable to do anything. So who cares if they get caught in the crossfire.

Every conservative doctor endorsing vaccines is a SHILL.

Who cares whether he is a shill, a evil traitor or just a non-informed idiot who parrots what his bosses tell him. He is useless and should be discarded.

Everyone who disagrees with anyone here on anything is MUH TRAITOR.

Yes. Everybody who is not with us is against us, was a phrase our artist from above coined.

Apparently, even Trump is a UNIPARTY NEOCON RINO to most people here because he didn’t get himself killed to bail out a bunch of larping fools that got him blacklisted from every major organization / platform in our country on January 6.

That's right. Because before January 6th the media was his ally and would broadcast his election message 24 hours right? Come on, I thought we were way past "just think of the optics"

You know I actually had a bit of respect for Bush for completely staying out of politics during the Obama years, keeping quiet and just painting and shit. The main stream media was really not fair to him, it was a precursor to what they did to trump. I lost all respect for him when he came out during the trump years in favor of the same left wing establishment that treated him unfairly, to go against trump. Fuck bush.

Yeah because 2016 was supposed to be Bush vs Clinton leading Clinton the obvious win. This was the script. Trump read it, said "Nahh I'm gonna save America instead" and won. Bush wasn't treated unfairly, he is the kin of the man who said on national television "New World Order". It was NYT that was the first rag to publish "weapons of mass destruction", he signed the patriot act, and his admin was the reason why we call them "neo-cons". He was apart of the uni-party. This was at a time when most people were still asleep and the media could still pretend it was unbiased. How many of your peers are fucked up from doing a tour in afghanistan or Iraq? A pointless war that justified the first degrading of our 4th amendment by the federal government. The Bush's are as swamp as they come.

Look I'm not going to sit here and defend Bush, I have no respect for the man and I didn't like a lot of things that he did but if we are talking facts he was treated unfairly. Hell remember Dan rather?

To be fair, Trump did kill his brother on live TV

I lost complete respect for him in 2007 when he demanded Congress to vote for the THIRD TIME on a giant amnesty (once in 2006 and then twice in 2007).

Curious -- anyone know who almost single-handedly saved us -- Jeff Sessions.

OK -- I am going to duck into my cave before the return fire starts.

Has anyone seen the latest video of him looking wasted smoking a crack pipe?

oooooo now that's something both sides can agree on.

Although GW's art is far far better. Hunter has good colors, but zero actual talent making paintings. Maybe he will get to GW level.

Hell, from what I've seen, at least Bush has something resembling talent.

He might not be a good painter, but he's miles ahead of the crackhead.

Who’s that in the painting?