TheDonald
Communities Topics Log In Sign Up
Sign In
Hot
All Posts
Settings
Win uses cookies, which are essential for the site to function. We don't want your data, nor do we share it with anyone. I accept.
DEFAULT COMMUNITIES • All General AskWin Funny Technology Animals Sports Gaming DIY Health Positive Privacy
1510 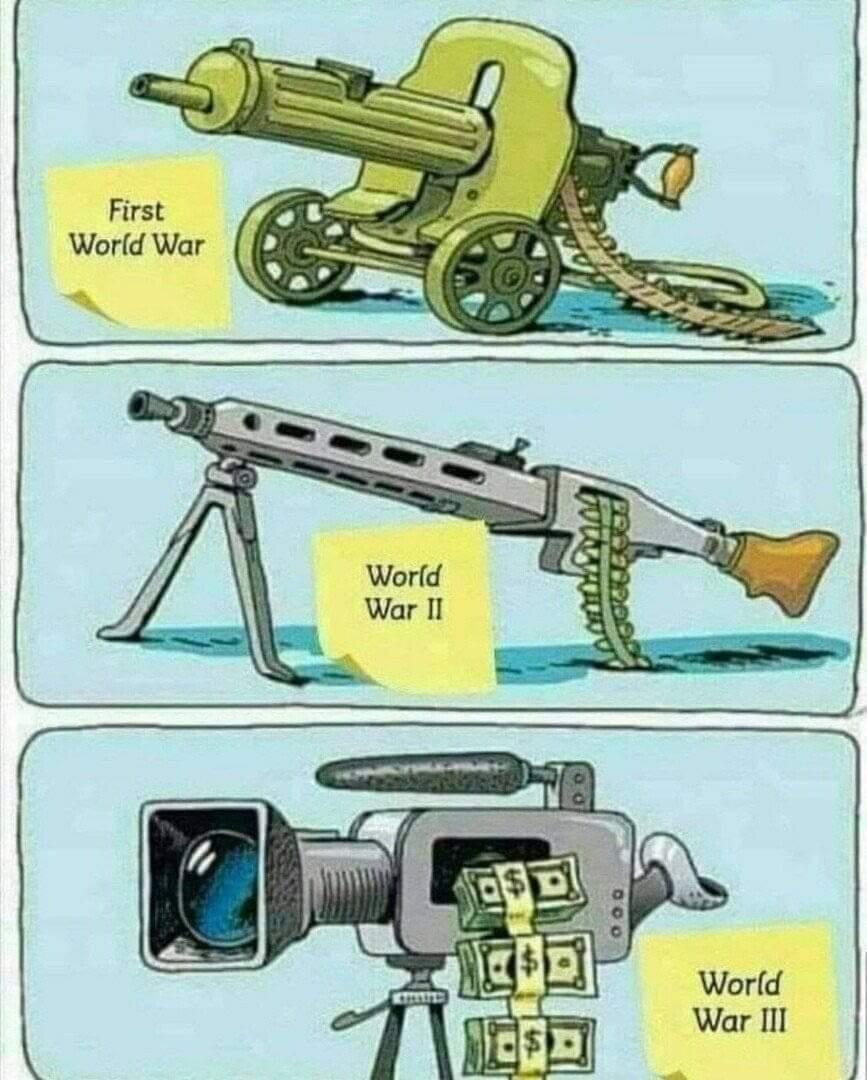 I can see why at the time he would believe it. Wars were still "conventional" and fought with brutality. He saw "the button" being pushed by the one he saw no victory in sight, and lashed out against the world rather then be defeated.

Wars today are fought by proxy. We fund tribes in smaller nations that don't play ball one way or the other. They squeeze economics and currency, threaten with sanctions. Which is what makes OPs post so truthful: the media backs up whatever the global narrative is for justification of conflict. Weapons of mass distraction, gassing their people, turning the cheek on "allies", black budget groups operating above the law.

Yet no one is pushing the button because everyone has a button to push. It's like some weird neutral zone where every country knows if they push the button there will be nothing left to rule.