OmegaCanada
Communities Topics Log In Sign Up
Sign In
Hot
All Posts
Settings
Win uses cookies, which are essential for the site to function. We don't want your data, nor do we share it with anyone. I accept.
DEFAULT COMMUNITIES • All General AskWin Funny Technology Animals Sports Gaming DIY Health Positive Privacy
11 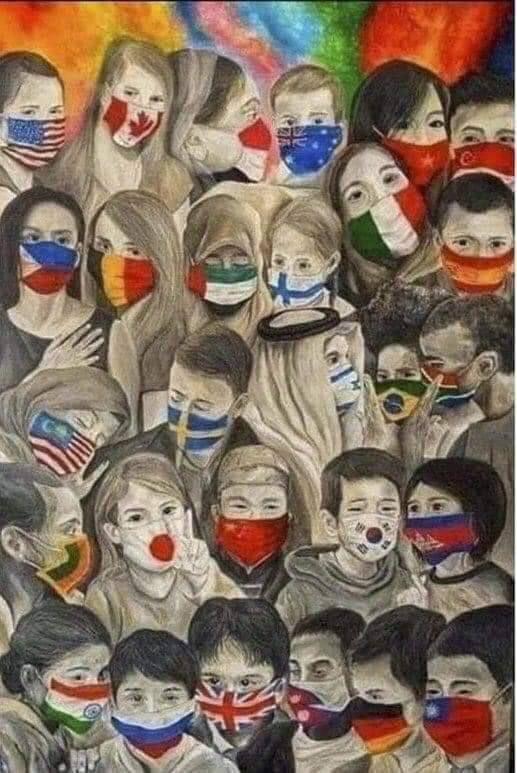 Don't get your medical advice from anonymous people on the Internet folks.

On camera boosters so we can see who the person is giving harmful advice on the internet. The people that contradict your crumbling narrative don’t hide behind their keyboard. They risked everything to tell us about the failed and dangerous product that you promote. Everything you support has turned out to be a lie. Stand up for your beliefs and show us who you really are.
ON camera boosters. Put your money where your mouth is. I’m sure you are still afraid to go outside without your face diaper , so we wouldn’t actually get to see your face. But the look of uncertainty in your eyes as you took the injection would be all the proof we need to see that you don’t really believe what you promote.

the person is giving harmful advice on the internet

That would be you. You're the one who chooses not to provide any support for your opinions.

There is a virtually endless list of professionals in infectious diseases and public health policy who advise us that the path to whatever relief we can gain from the virus is through hand washing, social distancing, masks, vaccinations, and so forth, and I have provided numerous quotes from them and links to their findings and recommendations.

You have provided nothing but name calling and worthless personal opinions.

You support a man who admitted to covering his body in black paint head to toe on more occasions than he can count to mock black people.

You are a racist Nazi.

Everything you say is just noise. We don’t listen to Nazis like you.

Prove it. Black paint head to toe on more occasions than he can count.

Folk, you want proof? Okay folk but first I’ll ask you a question.

Would it matter if I proved you wrong on every single point we disagree on, or would you always defend the Liberals regardless of how corrupt they become?

Here is a video where at 25 seconds in Trudeau says “some people say it was makeup. It wasn’t. It was blackface and that’s just not right.”

At 1:07 a reporter asks how many times he’s worn blackface he replies “I’m weary of uh uh uh uh.. being uh uh definitive about this because uh uh… the pictures uh uh”

He specifically calls it a racist act and apologizes profusely.

He called himself a racist and you support him.

Fucking figure it out folk.

I don't know. Prove me wrong on something.

I know what it's like to have trouble expressing yourself clearly. "More times than he remembers" would be accurate. The Internet has a few images - pretty sure he can count that high.

Still waiting on proof about the "head to toe" claim.

That's because you don't keep up:

Fine so you support an admitted racist who can’t recall how many times he’s worn Blackface.

You can easily see it’s less Blackface and more black body. Everyone has seen the photos you can’t hide from the fact he paints his body parts too.

Not one conservative leader at any level has ever worn Blackface once. Like a retard you’ll ask for proof.

Of course we have photos of your guy but you have none of any of ours. That’s because we’re not the racists.

You support a racist. You’re the racist.

You’re too stupid to see the obvious. You’re in over your head.