OmegaCanada
Communities Topics Log In Sign Up
Sign In
Hot
All Posts
Settings
Win uses cookies, which are essential for the site to function. We don't want your data, nor do we share it with anyone. I accept.
DEFAULT COMMUNITIES • All General AskWin Funny Technology Animals Sports Gaming DIY Health Positive Privacy
0 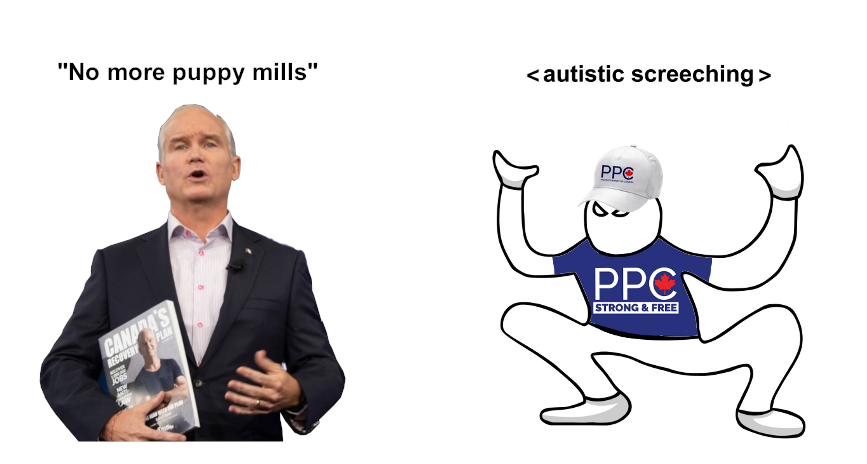 I saw the puppy mill thing earlier today and just shook my head. Looks like we will get a buffoon no matter what but let’s hope PPC can pick up seats and start to get more widespread support!!

I think his proposal is great. But the point is his priorities are this, instead of defending Canadian's rights. He's pro-vax passport aka vaccine segregation (he has said he'd respect the provinces to install them), he hasn't said anything about lockdowns, he wanted Trudeau to use dictatorial powers back in 2020. He's condemned his own voters who protest Trudeau peacefully. This man should be out there every day saying he's going to defend Canadian rights, instead he supports the destruction of our rights. He clearly serves the same globalist elite that Trudeau does.

Better than your memes.

Not a fan of O'Foole.....but I actually think this plays well with soccer moms in the 905.

Friendly reminder that Max bravely stood against schoolgirls getting free tampons, but it's O'Toole who's got fucked up priorities for wanting to outlaw puppy mills.