KotakuInAction2
Communities Topics Log In Sign Up
Sign In
Hot
All Posts
Settings
Win uses cookies, which are essential for the site to function. We don't want your data, nor do we share it with anyone. I accept.
DEFAULT COMMUNITIES • All General AskWin Funny Technology Animals Sports Gaming DIY Health Positive Privacy
47 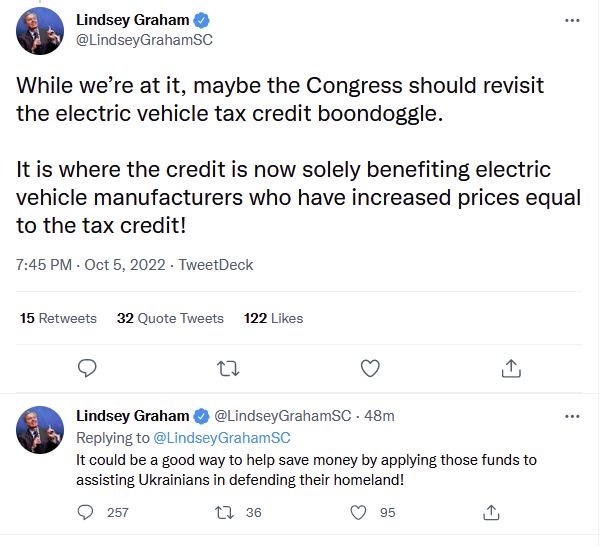 Whatever good was in this guy, he used it in the Kavanaugh hearing.

It was all for show. There’s no good in that RINO faggot.

how about fuck ukraine?

He's right, but government officials only act to reward or punish people who work with or against the establishment. It really has nothing to do with the money being wasted.

"save money by applying those funds to assisting Ukrainians"

Israel, like "democracy", is just an excuse for empire and not a cause of it.

Wait, are you serious? Is there evidence that this was inspired by Musk's comments, or are you just making a joke?

Israel, like "democracy", is just an excuse for empire and not a cause of it.

Didn't say it is, but Israel plays an important role in western foreign policy, just like they want Ukraine to play one.

Here are all tweets, though I linked it in the thread.

With all due respect to Elon Musk - and I do respect him - I would suggest he needs to understand the facts of the Russian invasion of Ukraine.

Suggesting we end the Russian invasion by simply giving Russia parts of Ukraine - after all the suffering - is dumb.

It is also an affront to the bravery of the Ukrainians fighting to defend their homeland.

"After all the suffering" which people like Lindsey supported and funded lmao. Anyway.

In 1994, through the Budapest Memorandum, Ukraine gave up its nuclear weapons arsenal — the third largest in the world — in return for assurances their territorial integrity would be protected.

It was an agreement signed by Russia that included protecting Crimea and the Donbas as part of Ukraine.

If you want peace in Ukraine — which we ALL do — simply demand Russian honor the boundaries they agreed to in 1994 and withdraw their forces.

To do otherwise is to legitimize a bait and switch by Russia and a signal to other bad actors to take what you want - by force!

If Elon Musk and others want the world to continue to be in chaos, then by all means capitulate to Putin and reward his aggression.

While we’re at it, maybe the Congress should revisit the electric vehicle tax credit boondoggle.

It is where the credit is now solely benefiting electric vehicle manufacturers who have increased prices equal to the tax credit!

It could be a good way to help save money by applying those funds to assisting Ukrainians in defending their homeland!

I'm going be as neutral and unbiased as I can possibly be;

It is every bit as retarded to think that giving eastern Ukraine to Russia will appease them for more than 20 years as it was for Russia to think that NATO would not expand its influence eastward toward them after the end of the Soviet Union.

The war will go on, because it remains sufficiently important for it to do so.

There will be no change in that assessment unless western Europe is unable to deal with its energy crisis in winter.

Boondoggle? You wrote blank checks for literally everything the Dems wanted.

When they hang the Bidens and Pelosi for their Ukrainian treason, looks like she can be up there with them.

WHY U DO DIS

Lindsey is a fag

What do Ukraine and Israel have in common?

Neighbors that hate them?

Well, I'll agree on ending the EV tax credit being a good thing. But, why not give the money back to the people you "borrowed" it from?