KotakuInAction2
Communities Topics Log In Sign Up
Sign In
Hot
All Posts
Settings
Win uses cookies, which are essential for the site to function. We don't want your data, nor do we share it with anyone. I accept.
DEFAULT COMMUNITIES • All General AskWin Funny Technology Animals Sports Gaming DIY Health Positive Privacy
21 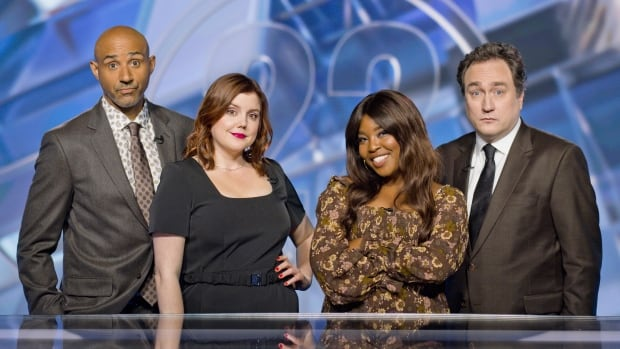 This Hour Has 22 Minutes taking aim at inflation, racism in 30th season | CBC News
This Hour Has 22 Minutes will celebrate its 30th anniversary with a special broadcast in front of a live studio audience on Tuesday. Mark Critch says they plan to introduce perspectives on topics such as the cost of living, inflation, racism, and many more Canadian politicians.
web.archive.org
3 comments share
3 comments share save hide report block hide child comments
Comments (3)
sorted by:
▲ 7 ▼
– YesMovement [S] 7 points 52 days ago +7 / -0

This is a perfect microcosm of the Media Party. A Trudeau journalist does a puff piece about government comedians who suck up to Trudeau on the state broadcaster. Every one of them on Trudeau's payroll. And all so painfully un-funny.

Ezra has been sharing some of 22's recent "comedy" efforts:

If it were funny that would be one thing. This is just generic put-downs. It's painful without their usual laugh track. At the end, they say he's going to "destroy" Maclean's. But he's never said that. He said he'll sell the CBC. Which is why they hate him so humourlessly.

Instead of going to a 50,000-person rally for Iran's freedom, Trudeau went bungee jumping. The government comedians at the state broadcaster knew they had to say something about it. But they didn't dare embarrass their moronic boss. So this is what they came up with.

This is a government joke by the government comedians at Trudeau's CBC state broadcaster. My foreign followers do not believe me that in Canada, Trudeau has a state agency that produces a "comedy show" on TV. If you thought @nbcsnl was bad, imagine one owned by Trudeau.

Headline: This Hour Has 22 Minutes taking aim at inflation, racism in 30th season

Still no comedy then

They can barely string sentences together. “Especially with the rise of fascism, Canadians are waiting for a real opinion about our current landscape.” ???

Unfunny cunts, illegals, and niggers complaining about how hard they have it in their extremely privileged and comfortable lives.