KotakuInAction2
Communities Topics Log In Sign Up
Sign In
Hot
All Posts
Settings
Win uses cookies, which are essential for the site to function. We don't want your data, nor do we share it with anyone. I accept.
DEFAULT COMMUNITIES • All General AskWin Funny Technology Animals Sports Gaming DIY Health Positive Privacy
55 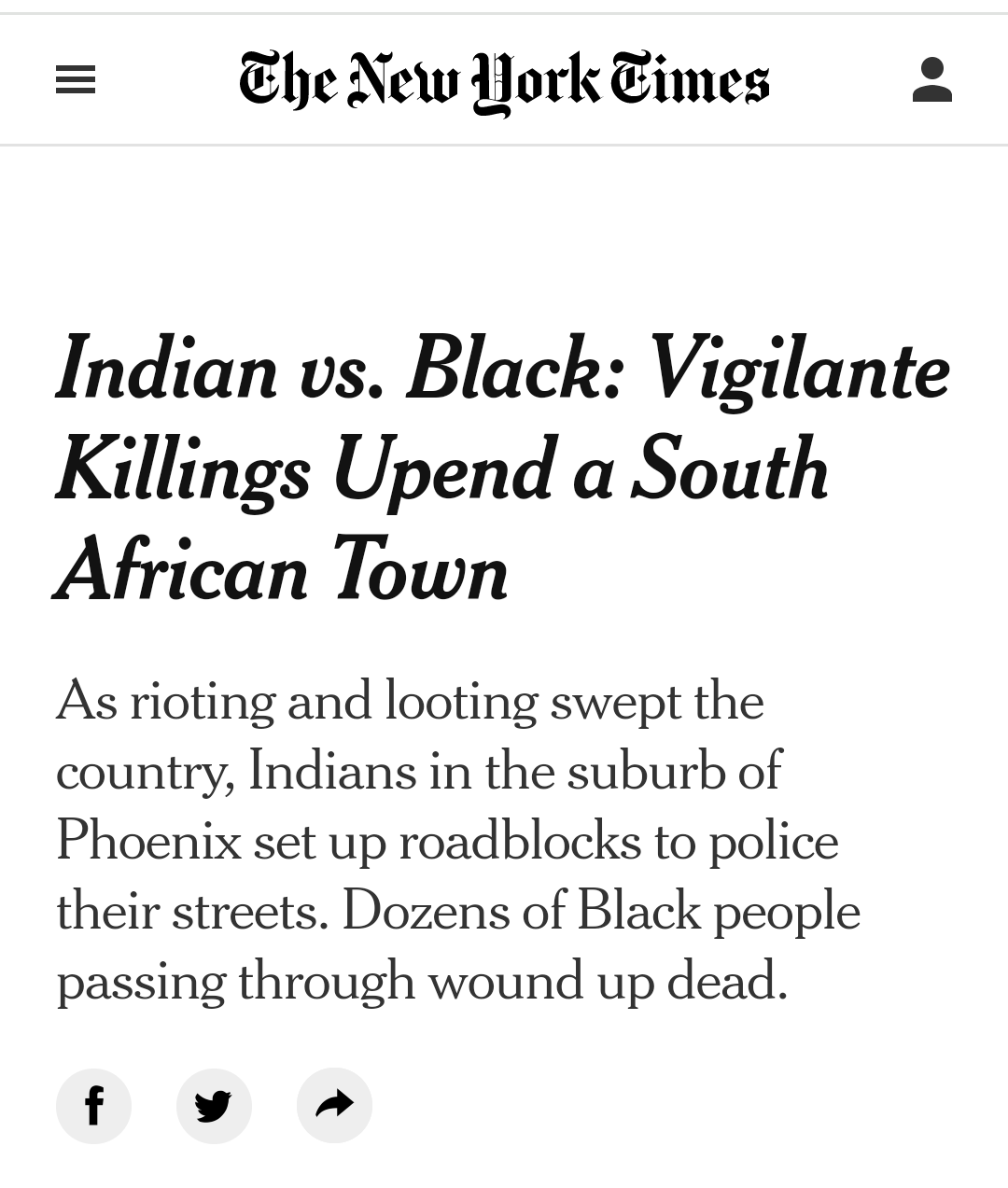 And no guilt about ethnic unity.

Similar things on a much smaller scale happen in the UK between small business Pakis and the Joggers, especially in Birmingham that had deadly race riots repeatedly in the last decades.

And in India and Pakistan there are often large scale massacres along various ethnic and religious lines (not just Hindu vs Muslim). Bengal too for that matter (former East Pakistan, and the breaking away was just ridicalously brutal).

Back in South Africa, blacks are often burning alive each other in the streets for their various differences.

Diversity is their strenght.

Mobs of mostly Indian residents, worried that their community was under siege, erected roadblocks. They stopped black people and sometimes beat or killed them,

PHOENIX: The blows rained down — bats, hammers, a hockey stick — as Njabulo Dlamini lay on the pavement. He and five friends, all of them black, had been driving in a minibus taxi through the streets of Phoenix, a predominantly Indian suburb created from the forced racial segregation of apartheid South Africa.

A mob dragged them from the car and beat them furiously, according to witnesses and video footage. Other people were chased and beaten by the crowd, which had been whipped up in recent days by WhatsApp warnings and reports of violence and looting by black people. Dlamini later died of his injuries, his family said.

This sounds like a bunch of retards tryna be vigilantes, and it creates nothing but supreme retardation, coming back at them.

Indians asked how anyone could say this was about race. Indian said that while the government failed to create opportunities for their black neighbours, they employed them as gardeners and housekeepers. But for Linda Khawula, one of Dlamini’s friends who was with him that night, everything has changed. “Now I have hate in my heart,” she said. “I feel hate toward Indian people when I didn’t feel it before.”

This is what happens when rabid racial socialists take it upon themselves to radicalize the general population, and have them target everyone who can be an easily blamed minority.

Well that's a nickname with no flair.