IP2Always
Communities Topics Log In Sign Up
Sign In
Hot
All Posts
Settings
Win uses cookies, which are essential for the site to function. We don't want your data, nor do we share it with anyone. I accept.
DEFAULT COMMUNITIES • All General AskWin Funny Technology Animals Sports Gaming DIY Health Positive Privacy
135 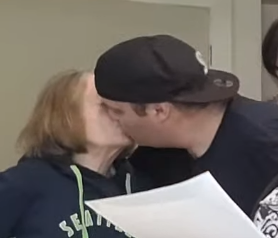 Gum jobs all round

Hes trying to make becky jealous and who else does he have a chance with?

You sure about that?

This is the end.

what the mother fuck?

grope gang figure in out a lil bit

mommas good little boy... explains a lot to be honest.

Hall pass has finally been redeemed

his dad invented ass to mouth

It's an Italian thing

Now we know who blades first kiss was with, keeping it in the family like the majority of US Presidents. "34 of the 44 previous presidents have been direct genetic descendants from just one person, Charlemagne- the brutal eighth century King of the Franks and 19 of them directly descended from King Edward III of England. In fact, the presidential candidate with the most royal genes has won every single American election."

My ex’s girlfriends mom tried kiss me on the mouth once, I walk outside till it was time too go, Turns out I was the asshole, in the ensuing fight

Bro they been fucking since hid dad died. Only real ones know how fucked up the family is.

It’s a tradition for Italians

On the mouth? I know Italians and never seen kiss their mom on the mouth

It's not I've been to Italy cheek or nothing

Mom, have you been raped? Well you should be!

did they both take their dentures out

He talked about this on his cut comms. He keeps it in the fam.