IP2Always
Communities Topics Log In Sign Up
Sign In
Hot
All Posts
Settings
Win uses cookies, which are essential for the site to function. We don't want your data, nor do we share it with anyone. I accept.
DEFAULT COMMUNITIES • All General AskWin Funny Technology Animals Sports Gaming DIY Health Positive Privacy
143 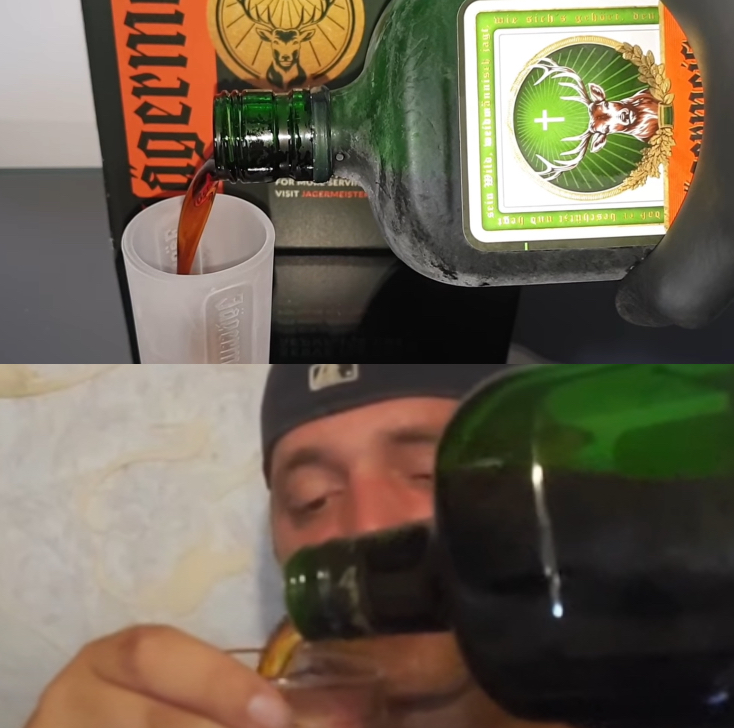 I think it's the lighting, maybe a JagerCoketail?

You got to be a real stupid mother fucker to think he don't scam his shots. Or literally just never watch him. He has been exposed in so many different ways. I actually watched this stream and rolled it back a few times and no way this was 100% yager, and it's been the same way lately with what he is doing even on other streams. Before this mix of bullshit it was always real red for awhile EVERY STREAM

Yeah the bottom should be even darker than the top considering Blade's poverty lighting filmed with a poverty phone that darkens everything else in low light.

U obviously haven't consumed much Jaeger in your day. It's definitely not the lighting. Jaeger is dark as shit. Why speak about what u don't have a clue about?

Green tea shots without a doubt

Applejuice shots Now Blade Needs a New Shtick like actualy going IRL with a knife or something.

You need to make content or removal from the network I spoke with evoken. Your loosing your checkmark too

Take me off I don't give a shit lol

be careful what you wish for: if you don't improve that attitude and continue not streaming, it could very well happen.

Literally the same with you faggot

Why are you being hard on Lurker. All you have to do is teach him your ways lol

I swear every time this idiot goes live there’s new proof he’s faking it. Why do people still watch this faggot loser

It's just other gross virgins with zero social skills. Blade gives them hope. If he could get cucked by a hunchback shebeast, maybe they can to.

Anyone who has drank Jager knows it is very dark and almost syrup-like in consistency. This wet brain should have just switched to Vodka for fake shots.

I have always wondered whats the coke or the Jager the sugar is what's killing him.

exposed for the 500th time

this has been confirmed for months. mods dont do shit dont care hate the users literally want us to neck. mods wont ban niggers mods wont do their job and ban blade ban capatin known scammers and fucking content-degenerates.

is there a reason for his obsession with that disgusting herbal liqueur?? who cares what he drinks. just get wasted. faking vodka would be so much easier. ayooooo btw.

If Beck is within ~20 miles of the groper, it's safe to assume the stream will be terrible. You're welcome!

Why would anyone skate to this scammer or even watch him or his bitch? He is a POS for doing the things he does in front of a kid and she’s a bigger POS for making this her kid’s life. My sister can’t get pregnant and has been trying for 8 years so fuck bitches like that. Nasty cunt and the fact that he does it in front of the kid fuck him, too. Scamming fuck tards should be forced into the work force as piss on’s aren’t worth a nigger turd. She was yelling about fucking the other night with her girl in the RV. They won’t be friends with anyone with even one moral, pay attention to the fact they become friends with people like Trina and the fags because they think they make them look better by comparison. Hint, they don’t. You look worse