IP2Always
Communities Topics Log In Sign Up
Sign In
Hot
All Posts
Settings
Win uses cookies, which are essential for the site to function. We don't want your data, nor do we share it with anyone. I accept.
DEFAULT COMMUNITIES • All General AskWin Funny Technology Animals Sports Gaming DIY Health Positive Privacy
27

Lawyer: “You weren’t there the whole time Mr. Rivas was on the RV ‘AWAKE’, and made the ‘DECISION’ to make an appearance once he was blacked out unconscious, then proceeded too pull Mr. Rivas off the RV”..Mr. Guthrie: “He wuz playin wit me boofy, y’erd me”.. Lawyer: ”No further questions your honor” (media.communities.win)
posted 10 days ago by PaulPedoDenino 10 days ago by PaulPedoDenino +27 / -0 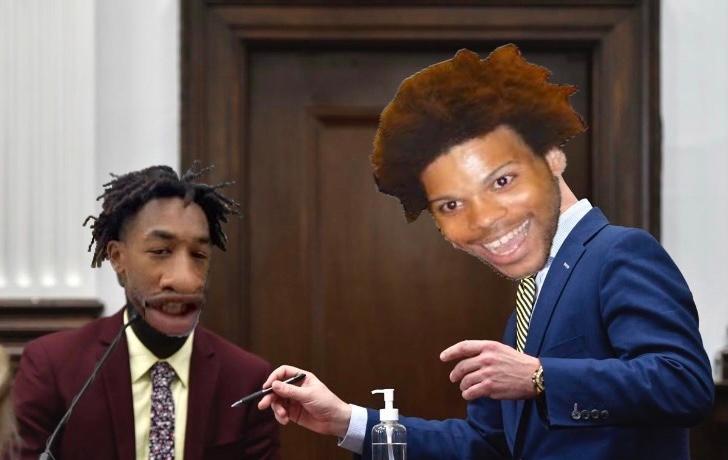 I’m no expert but it sounds premeditated

Aldy1k was drunk and under the influence of drugs when he started fighting others on the RV. Johnny Boston kicked him in the head and knocked him out. Dope District did the right thing by removing the threat from the RV to protect everyone on it.

There we go. That's the narrative we can go with. He was trying to prevent any dangers of harm happening to the others.

Even though dope is on camera when he shows up saying I'm not going to hurt a passed out dude or something along those lines. Then was encouraged to go full chimp mode

That's not true he didn't go full chimp mode or he would've used Aldy1k's head like a trampoline. Lets not forget that Aldy1k was telling everyone how he was going to beat up Dope District on livestream prior to coming on the RV.

That sounds awful lot like premeditation especially since he followed up on using violence once he forced his way on the RV. Remember he wasn't invited he sniped unlike Dope who was a participant and had the right to be on there.