GreatAwakening
Communities Topics Log In Sign Up
Sign In
Hot
All Posts
Settings
Win uses cookies, which are essential for the site to function. We don't want your data, nor do we share it with anyone. I accept.
DEFAULT COMMUNITIES • All General AskWin Funny Technology Animals Sports Gaming DIY Health Positive Privacy
495
Wins of the Day: July 22, 2021 🏆 WINS OF THE DAY 🏆
posted 1 day ago by WinsAnon 1 day ago by WinsAnon
41 comments share
41 comments share save hide report block

The GreatAwakening.WIN would like to extend its sincere admiration and thanks to Minnesota Vikings offensive line coach Rick Dennison who was fired after refusing to get the COVID-19 death vaccine. WE SUPPORT YOU AND ARE PROUD OF YOU! ❤️ (media.greatawakening.win)
posted 13 hours ago by catsfive 13 hours ago by catsfive
76 comments share
76 comments share save hide report block 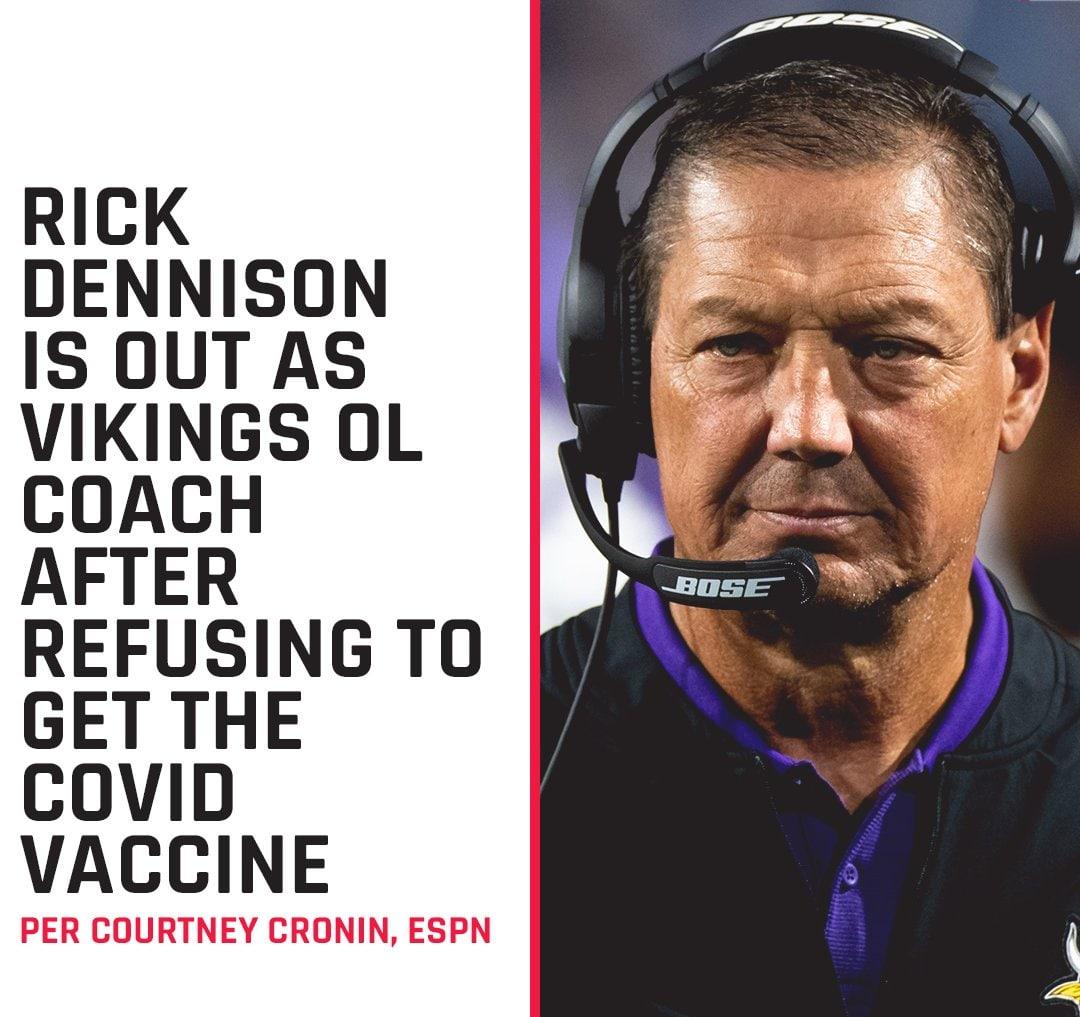 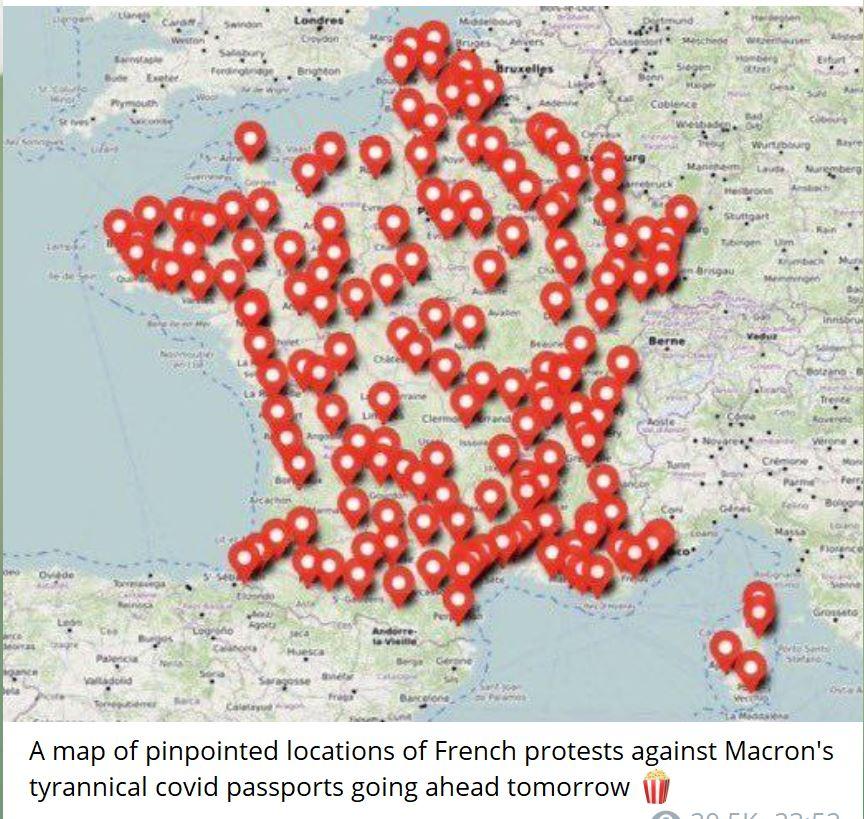 Some may know that the Lockdown strategy in Australia has been right out of the NWO playbook.

The State of Victoria, Australia's answer to California, is run by a State Premier (equivalent of a governor) who is openly extremely cozy with the CCP Chinese Communist regime.

Last year, Victoria experienced the most severe Lockdown conditions of anywhere in the world (perhaps with the exception of Israel), when we experienced a few hundred C19 deaths. In the end, around 800+ "C19 deaths", around 85% of which was directly attributable to the governments "quarantine" program that was so badly run, it ended up being the MAIN cause of the majority of C19 'cases" in the state.

Those with an awakened sense could sense that Victoria was the testing ground and model that would then be used in other states.

That came true in the last month, with 4 other states beginning now to implement measures that are just as ludicrous and just as draconian. Now, reportedly, New South Wales, the most populous state, slightly larger in population than Victoria, are floating the idea of having the military roam the streets to keep everyone in lockdown until "everyone in the state is vaccinated".

Australia is in its winter months. States are loaded down with only a tiny number "Covid19 cases" being detected.

(Sydney is in Lockdown with only 1000 active cases, and NO data on how many of them are actually sick. 2 people have reportedly died with C19 in Australia this year).

The suspicion that Australia is actually a NWO testing ground appears to be reasonably well-founded.

Anyway, today, even in Lockdown, defiant patriots and freedom fighters went out. In Melbourne, between 10-15 thousand.

That might not seem like a lot, but previous rallies have garnered only between 2 and 3 thousand, even during no lockdown.

Corporate and State Media are naturally reporting "thousands" whereas video footage and boots on the ground show tens of thousands.

For those of us in the fight for 18months+ now, this is a great breakthrough.

Frens, keep Aussie patriots & freedom fighters in your prayers. Australians may have been slow to pick up the fight, but it looks like the Great Awakening has finally made its first opening choruses heard.

I remain optimistic. I continue to organize, network, and fight. Today I felt, if only for a few hours, that even here, nothing can stop what is coming.

Aussies: Network locally, fight strategically, show leadership to others, and the People will join. We fight with truth and freedom, not with lies, not with intimidation, not with manipulation. Share the truth, and the truth will set them free.

I'm not looking for tips on how to wake her up because often my attempts to red-pill has caused even more disconnect. I'm looking for tips for how to have a GOOD STRONG CONNECTED relationship despite the awake vs. asleep difference.

For context of our difference, my wife was double-vaxxed ASAP and disregards my conclusions about anything when people in authoritative positions say otherwise. We're both Christians, but it's different now. I think I was spiritually woken up and I see the world differently. She's asleep and not interested in waking up and I feel like she wants me to fall back asleep in order to connect. Problem is.. I don't want to go back to sleep. Any tips are appreciated! Cat died, can't do anything until morning, when animal control opens. But frens, don't stop fighting for what is right.

Died right in my room so it's gonna be a bit tough, she was 10 though, and we knew she was on her last leg this past week. Wanted to take her into the vet but it was $500 just to get her in.

God bless you all, keep the fight going and keep the faith.

I don't usually do this kinda stuff but my family is in need for some prayers at the time. Thank you frens, and god bless. 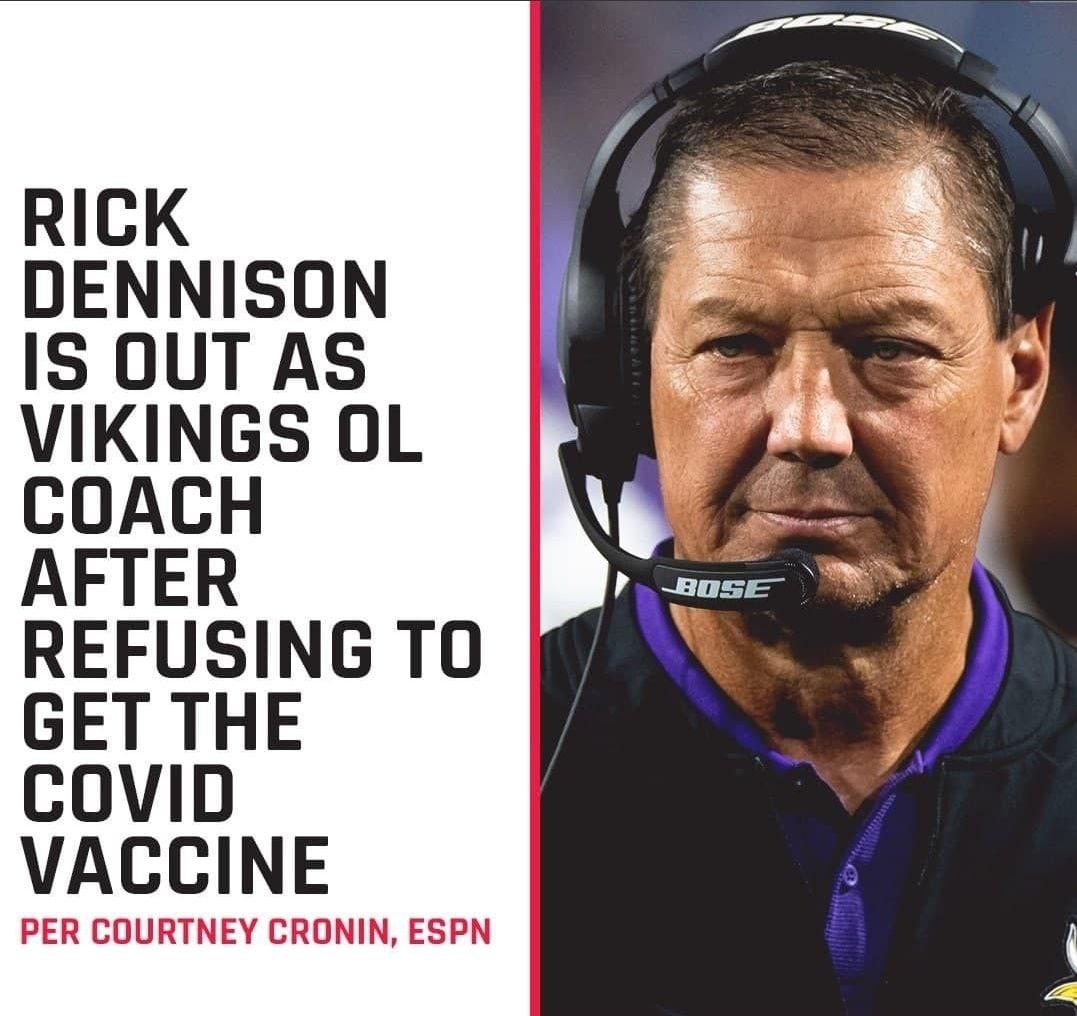 Take it for what it's worth, but if you know me I have been around since before Voat - same name. I am pretty low key I think but judge for yourself.

Anyhoo, my husband got a call from his brother, former Commander in the Navy. He is hearing that things are going to get a little crazy in around four weeks and that people should have four weeks of food and water just in case. Be able to sterilize water too. Something to do with panicking deep staters trying to block ports and food supply. This brother is really smart - many engineering patents to his name in his post military civilian career. Retired now but was literally considered intellectual property when his company was bought and sold, etc. The regular Joe brothers tend to think he's a right wing nut, and he is absolutely right wing but so am I so that doesn't really dissuade me. Not gonna lie sometimes I think he's a little out there. But he still has friends in high places and he knows people think he's nuts but feels it's important to share. Thought I should too and let people do what they want. His point is if you spend $600 to stock up and nothing happens, you still have $600 worth of food and water. If you don't and you end up really needing it....you don't.

58
U.S. TREASURY WILL SUSPEND SALE OF STATE AND LOCAL GOVERNMENT SECURITIES ON JULY 30 TREASURY WILL "NEED TO START TAKING CERTAIN ADDITIONAL EXTRAORDINARY MEASURES" TO PREVENT U.S. DEFAULT IF CONGRESS DOES NOT ACT BY AUG 2 - YELLEN I told you a few weeks ago to watch this... (twitter.com) 🧐 Research Wanted 🤔
posted 3 hours ago by Vidura 3 hours ago by Vidura
62 comments share
62 comments share save hide report block
151 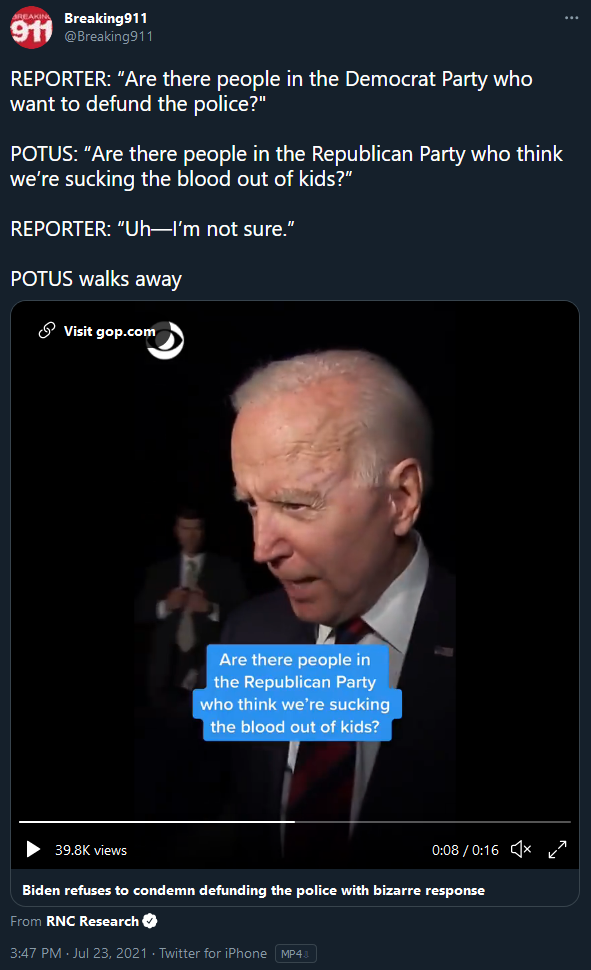 FFS - I've seen it all now: "Covid could be spread through FARTING, UK ministers claim". Can't stop laughing, I genuinely thought that my trousers and pants would act like a face diaper until now - best I lay off the baked beans for a while...! Link to article in comments. (media.greatawakening.win) 🧠 These people are stupid!
posted 1 hour ago by FreedomloverUK 1 hour ago by FreedomloverUK
17 comments share
17 comments share save hide report block 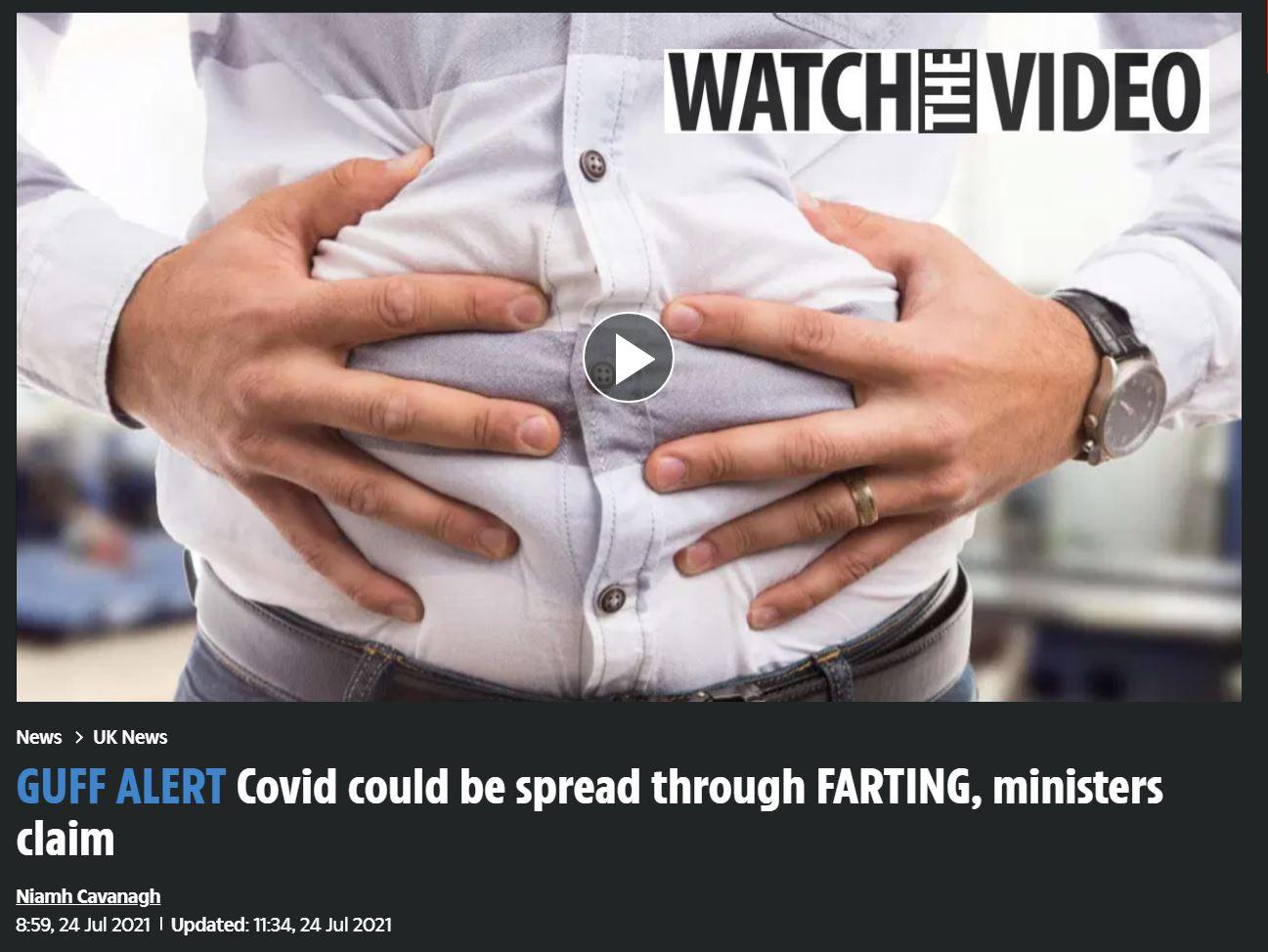 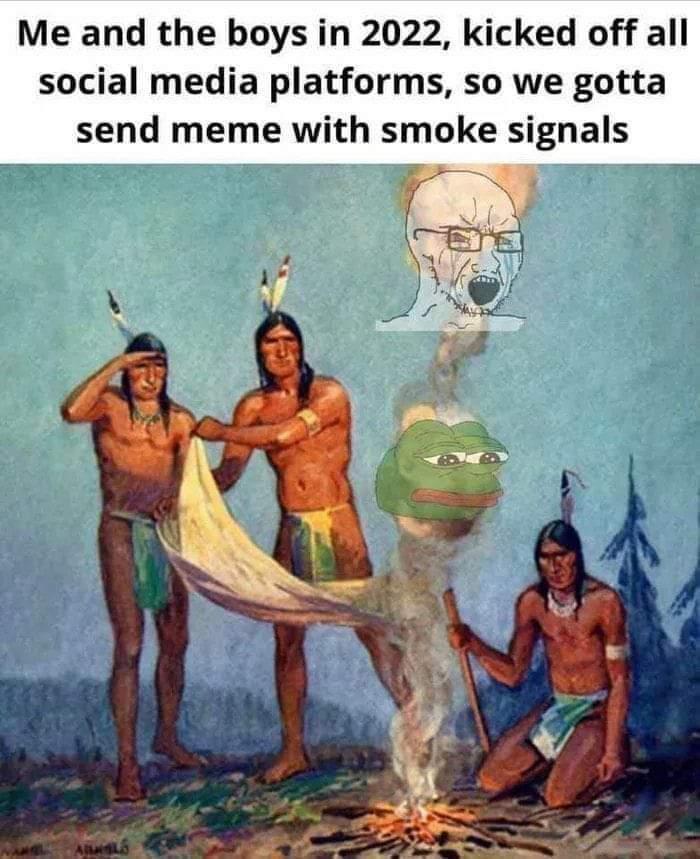 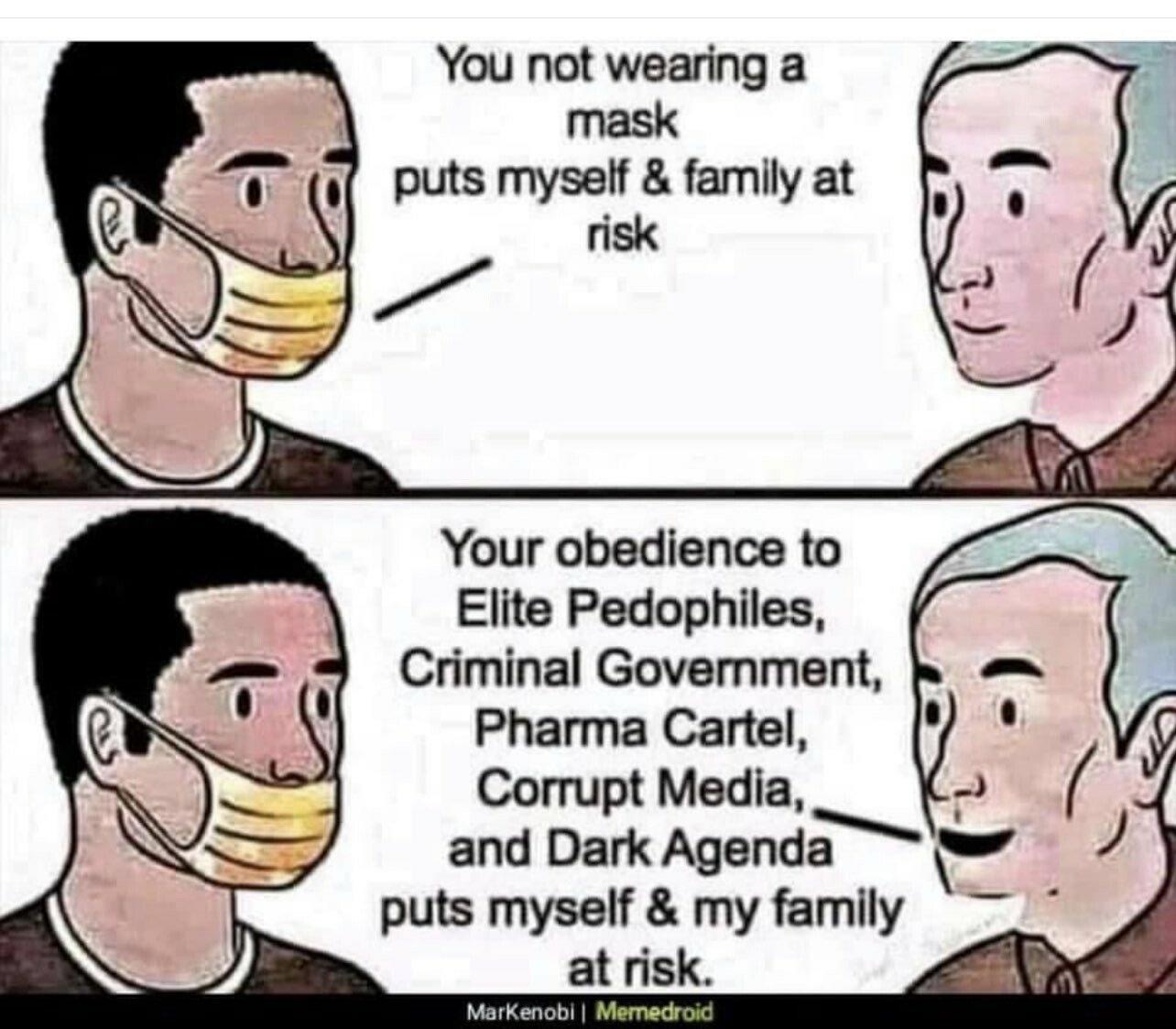 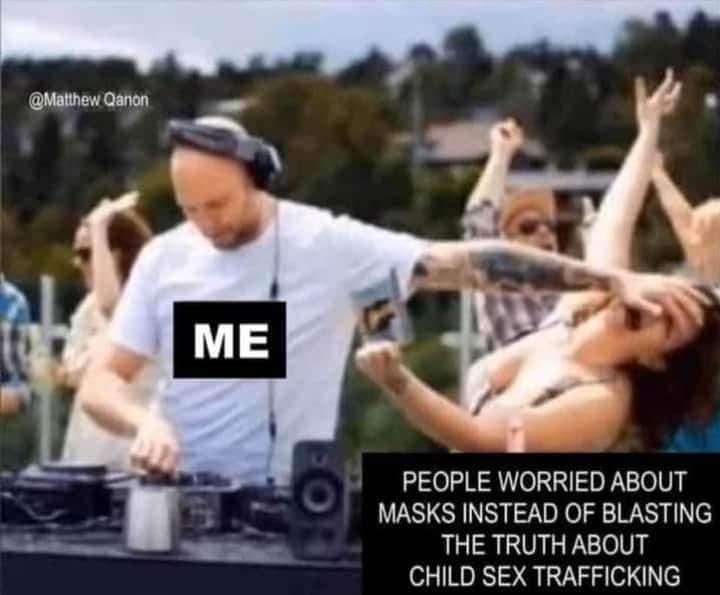 To The Great Awakening

We are researchers who deal in open-source information, reasoned argument, and dank memes. We do battle in the sphere of ideas and ideas only. We neither need nor condone the use of force in our work here. WE ARE THE PUBLIC FACE OF Q. OUR MISSION IS TO RED-PILL NORMIES.

This is a pro-Q community. Please read and respect our rules below before contributing.

"Those who cannot understand that we cannot simply start arresting w/o first ensuring the safety & well-being of the population, shifting the narrative, removing those in DC through resignation to ensure success, defeating ISIS/MS13 to prevent fail-safes, freezing assets to remove network-to-network abilities, kill off COC to prevent top-down comms/org, etc. etc., should not be participating in discussions." Q

Welcome to the Digital Battlefield - Together We Win

Q Supporters:
This is The Great Awakening. Our community is international, focused on helping ourselves and others walk away from the programming, and return our governments to "by the people, for the people!"

Follow the Law:
No posts or comments that violate laws in your jurisdiction or the United States. The Feds are always watching!

No Doxing:
No doxing, including revealing personal information of non-public figures, as well as addresses, phone numbers, etc. of public figures.

No PAYtriots/No Self Promotion:
Linking or promoting merchandise, fundraising, or spamming personal websites, blogs, or channels is not permitted. Do not attempt to profit from Q or advertise for those who do. Peace is the prize. We do it for free.

Questions and Concerns: All moderation questions and concerns should be submitted via modmail. DO NOT GRIEF the mods.

Expand your thinking:
Remember, this .WIN is the public face of the Great Awakening, and, as a member here, you agree to represent the Great Awakening movement against Globalism, Communism and Progressive Insanity in the best, most positive way possible. NOTE: Your comments and posts may become news.

This is not a 'fringe conspiracy' site: Visit http://conspiracies.win if that's your thing! >

-Mods will issue NO warnings, followed by temporary bans and/or permanent bans. DO NOT GRIEF THE MODS.

-Keep posts related to topics Q has raised or that are current.

-Keep post duplication (especially from other .WINs) to a minimum.

-No fame-fagging; no, "your" post did not get removed! Eyes on the prize, people!

-Keep it honest and accurate.

-Patriots.win Supporters ONLY. (Sorry, the train had no brakes.)

-Handshake noobs will be scrutinized by their sincerity and relative respect.

Posts and the subject matter and contents thereof - text, media, or otherwise - do not necessarily reflect the views of the GreatAwakening.win or Patriots.win administration.