Gaming
Communities Topics Log In Sign Up
Sign In
Hot
All Posts
Settings
Win uses cookies, which are essential for the site to function. We don't want your data, nor do we share it with anyone. I accept.
DEFAULT COMMUNITIES • All General AskWin Funny Technology Animals Sports Gaming DIY Health Positive Privacy
556
Community Discord is now Live
posted 151 days ago by The_Huscarl [M] 151 days ago by The_Huscarl
118 comments share
118 comments share save hide report block

Hey everyone, I've created a discord for our growing community. Everyone is welcome to come in and start playing their games! New, permanent invite --> https://discord.gg/y9YTStdGUb

Edit: Since it's already been mentioned several times that Discord is a bad idea, this Discord is a temporary solution to the necessity of establishing comms while we set up something new, probably TeamSpeak. I'd like to hear other suggestions though.

Soooo, the weekly game discussion winner this time wasn't a game. This is understandable since it's pride month (apparently this is a thing?) and publishers are busy pumping out rainbow flag icons and other pandering bullshit instead of releasing games, so you'd be forgiven for not playing much of shit right now. It's all so tiresome...

Did WoW put a rainbow into the skybox in Azeroth yet? Wouldn't surprise me. Perhaps a rainbow-maned unicorn mount? Bonus points for the brony community who will soyface.jpg at the announcement...

Anyway! This thread is now about The Ragequit™️. You know it, I know it...believe me; we've all done it.

What makes you ragequit a game the fastest? The easiest? Never fails, always happens, rage-inducing, shit that just ruins a game for you.

I'll start - I fucking haaaaaate missions in games that rely on some poorly programmed factor out of your control not working correctly, forcing you to restart the mission over and over and instead of focusing on the mission and enjoying it, you end up focusing on trying to carefully do this dance around a clearly broken aspect of the game in order to just get past it, sometimes dozens of times. Good examples are timed missions with an NPC to escort or protect (or any escort mission, really), timed race missions in general (just hate them), shitty broken mini-games (Vice City RC plane mission, anyone? Spent hours on that shit...), etc. Generally if I find I am having to redo a mission over and over, I will often just say "Fuck this shit game." and turn it off.

I also hate playing games online with people who speedrun shit and then get mad when you're new and haven't memorized the map and the location of everything and then kick you or rage at you. Fuck those guys. 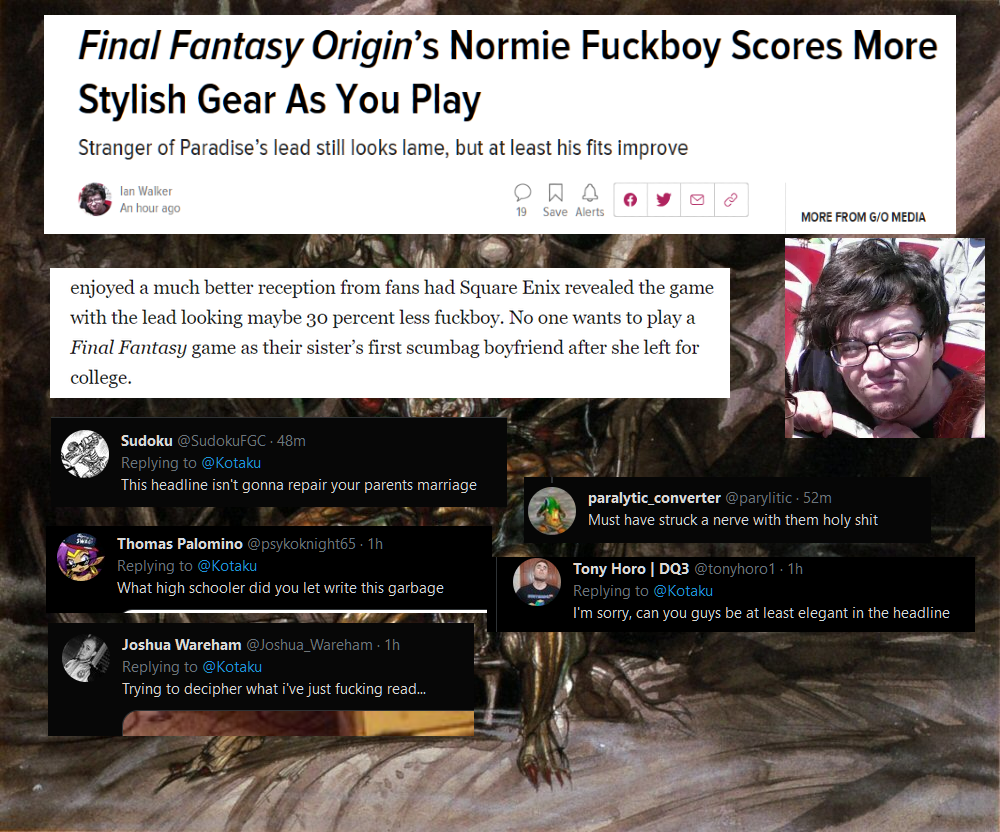 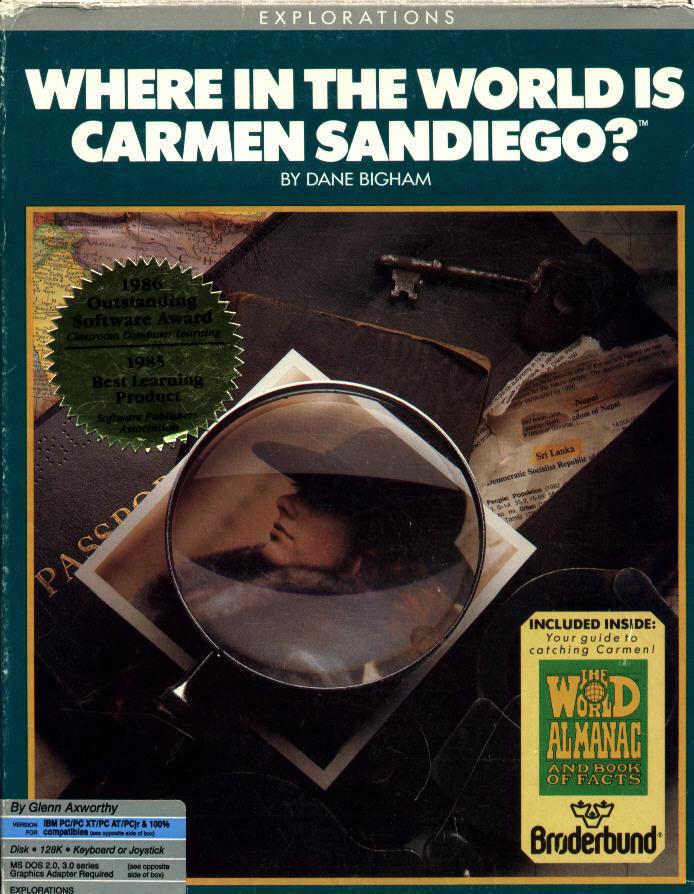 I don't play games anymore but I still keep an eye on the industry and... fuck. I feel like the industry is on the verge of collapse. How many years would it take a merit based gaming event be taken over by woke midwits?

Man, I've never seen a franchise go to such dogshit. I used to love this franchise with the Rougespear and R6 Vegas days. The newest one was dogshit though and then i saw their new piece of shit where you're fighting aliens or some shit. Ubisoft just destroyed this franchise.

I work in a factory. Recently, management decided to allow us to listen to music and podcasts via earbuds (we're only allowed to have one earbud in at a time for safety reasons). I got myself a pair of Bluetooth earbuds and have been using them to listen to music while I work, but sometimes I don't feel like music. Are there any good gaming-related podcasts that you guys recommend? 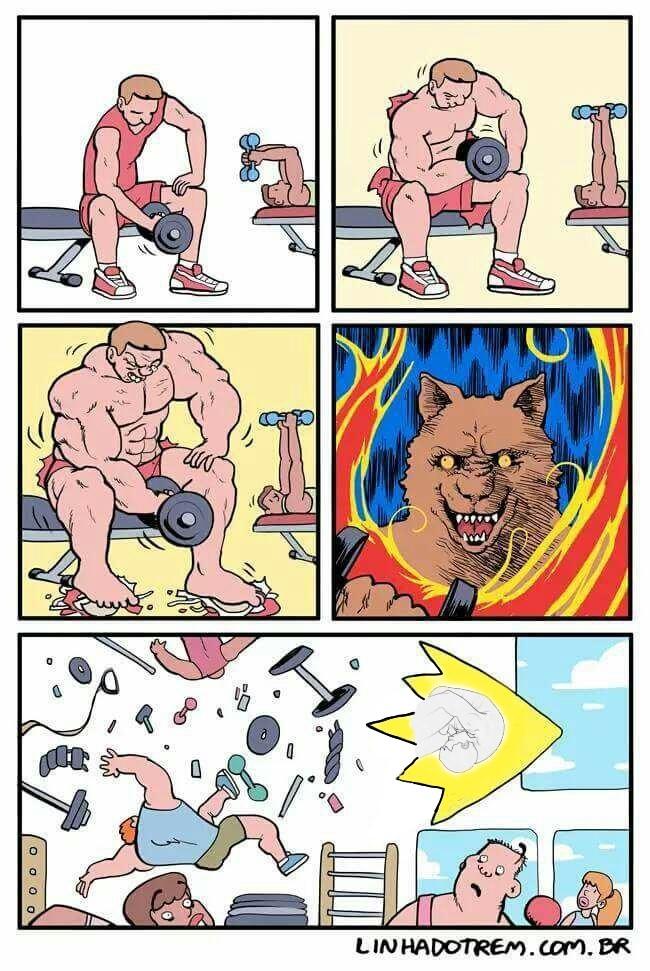 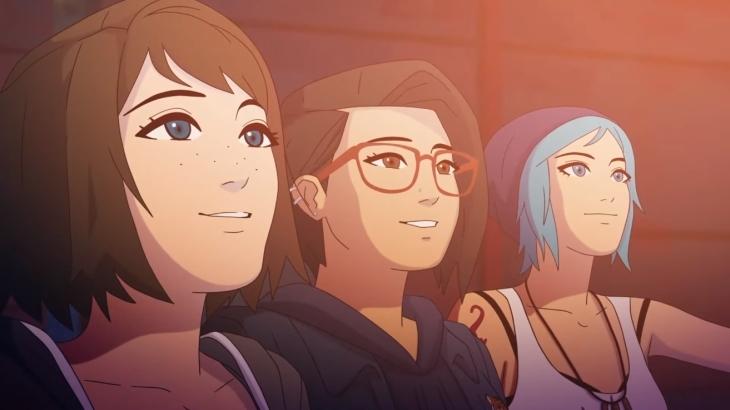 Celeste: Perhaps one of the best side scrollers. Not a Metroidvania but a beast of a platformer.

Hollow Knight: Pretty much the best Metroidvania game there is. Amazing world, amazing art work, everything in this game is a work of art. Pretty challenging. Dont be disheartened, it takes a while to get into.

Bloodstained: The Father of Metroidvanias left the franchise Castlevania to make a proper game. It took him ages to finish and by the time he was done, lots of indie companies developed awesome games.

Blasphemous: Horror Metroivania. Blood and gore and awesome characters and excellent writing...even though it didnt make sense to me.

Limbo: Same company that made Inside. Far more riddling than Inside. Both games are a must.

Little Nightmares 1 and 2: Why have you not plated these games already you idiot? Nightmares 2 is a masterpiece.

Cave Story: Before Steam, before Inside, before the Bloodstained dude left Castlevania...some japanese dude made a video game ALL by himself. Dont let that keep you away... His has done a darn good job. The game is E X C E L L E N T. Has a cult following. You can download it for free from the official website. And you ll love it. Like Hollow Knight, it takes a while to get into.

I WANNA BE THE GUY: If you hate yourself. You ll love this game. I beat this game and this makes me better than you. Yes. I. Beat. IWBTG! Dont know what that means? Dont know why I am better than you? Go ahead and look it up on youtube. I beat that game. When I die, may grave will read "This dude beat IWBTG".

Ori. I cant believe I forgot Ori Blind Forrect and the sequel.

Mark of the Ninja

Dust - An Elysian Tale (among the highest rated games) 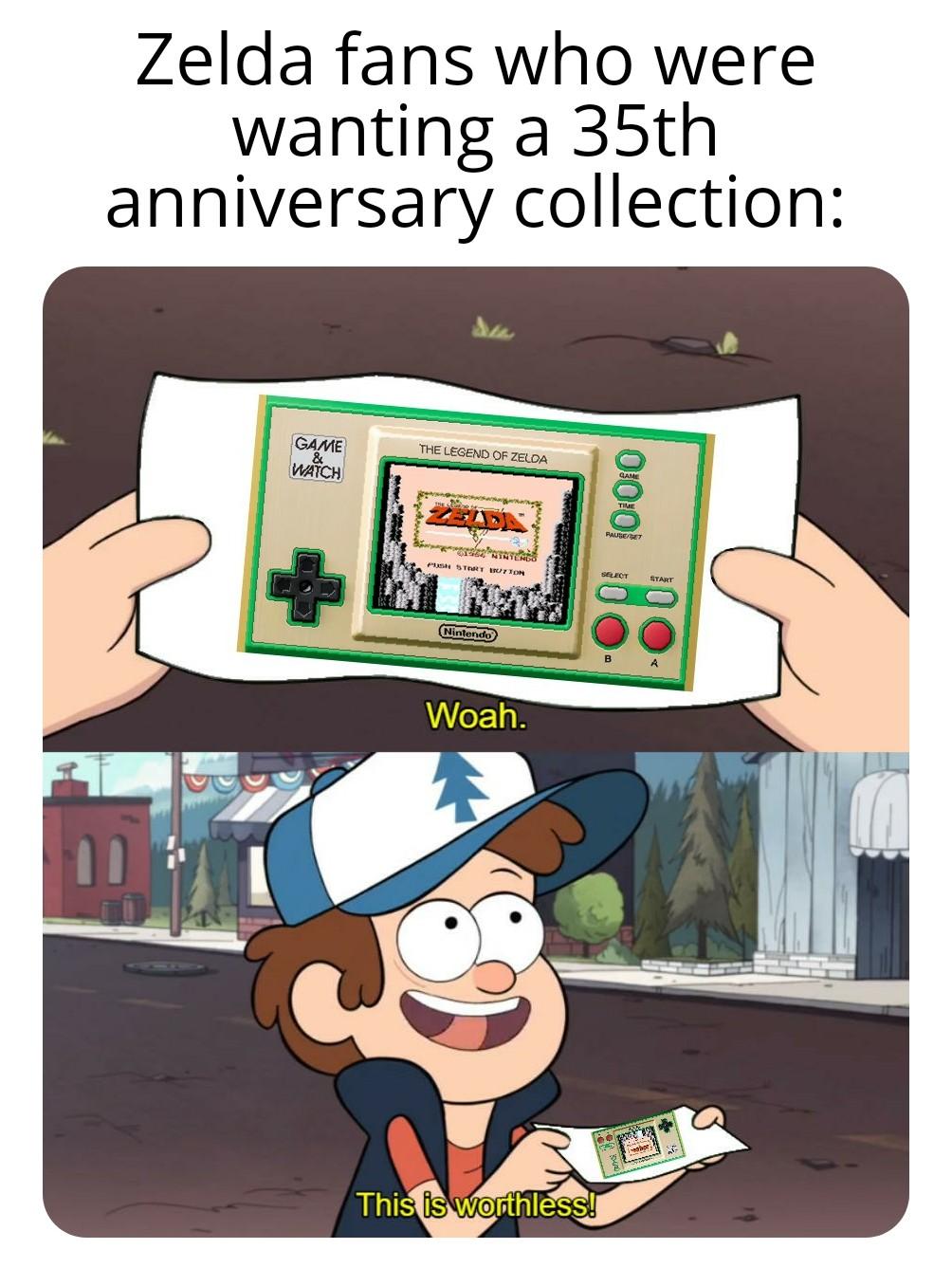 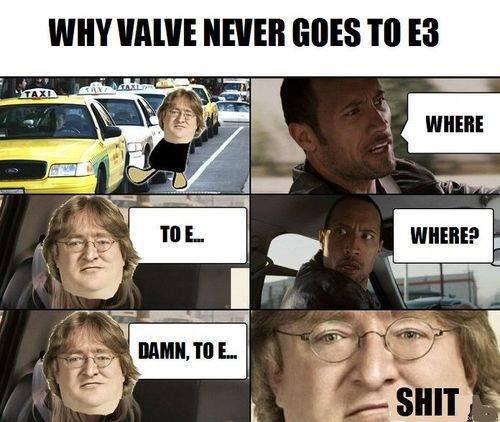 Got a Series X last week and loving it.

As with my Xbox One S, I put this one on the Preview Program - the Alpha Skip-Ahead group. This is the group that gets previews of builds fresh out of internal testing, so bugs can be expected but I never had anything console-breaking issues in the several years I've been part of the program.

Last night, I shut down the Xbox. I came back in the room and noticed my TV came on (you can tell the Xbox to turn the TV on, but it never worked for me with the Series X) and the Xbox was updating. No big deal, I've seen this before and it usually updates on Monday nights or Tuesdays.

This time, it got stuck. It was saying it was 90% complete and doing the final application of the update, but it got stuck at 76% of that point (yeah, I know it sounds weird having 90% and 76%).

The Xbox then stopped and gave me a nice notice that "Something went wrong". I had the option to restart or troubleshoot, plus it gave a system error of E200 000000EF 00000000. It shut down before I could do anything.

I started it and it was still stuck at the same point (90%/76%) and then it shut down again. I tried it several more times without success, including unplugging the external drive and removing the SSD card. I also unplugged it for a good 30 seconds, but no success.

I started doing some research. One of the articles said that errors being with an E are hardware-related, but I didn't exactly trust that source. The Microsoft site was pretty good and gave me instructions.

You can get to a reset screen. What you need to do is press and hold down the disc eject and controller sync button. While doing that, press and release the power button. It will beep immediately and then give a second beep a few seconds later - at that point, you can let go of the other two buttons.

That brought up several options and one of them was to reset the Xbox, so I did that. The reset process was fairly quick (can set a lot of it using your phone) and I told it to keep the games and apps that were already installed.

It seemed fine today. As was how it worked when I first set it up, turning on the console doesn't turn on the TV., so I don't know why it was activating the TV during the update. 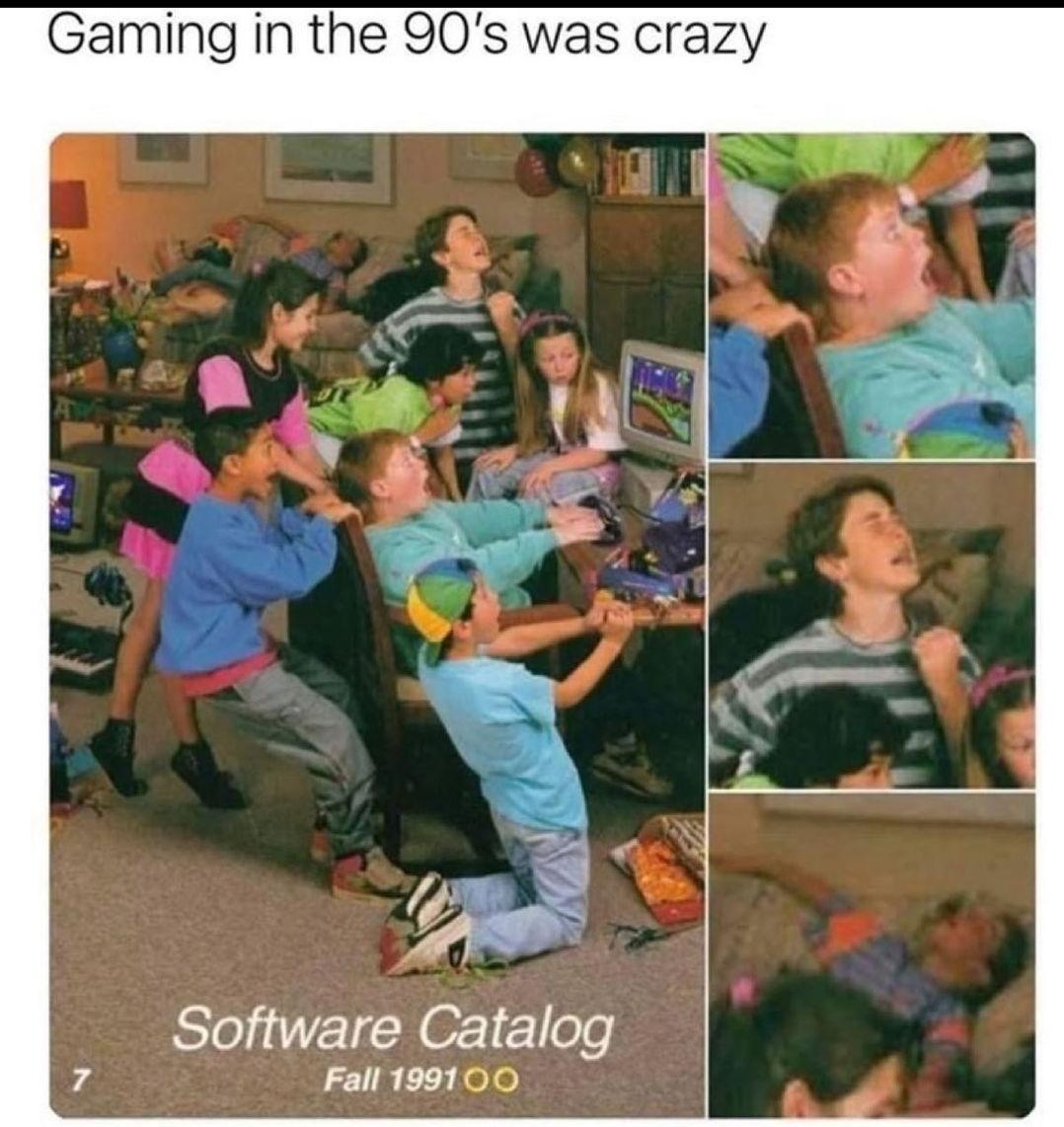