DIY
Communities Topics Log In Sign Up
Sign In
Hot
All Posts
Settings
Win uses cookies, which are essential for the site to function. We don't want your data, nor do we share it with anyone. I accept.
DEFAULT COMMUNITIES • All General AskWin Funny Technology Animals Sports Gaming DIY Health Positive Privacy
6 So I have some corded power tools and I was thinking, instead of buy new cordless ones with battery packs for certain applications, would it be possible for me to just buy a power bank I could plug them in to?

I assume it's as simple as just finding what amps / volts / watts each tool needs and then finding a power bank that can output to that?

Anyone done this or have simple tips, or has it been worth it to buy new tools, or what has been your view on this? 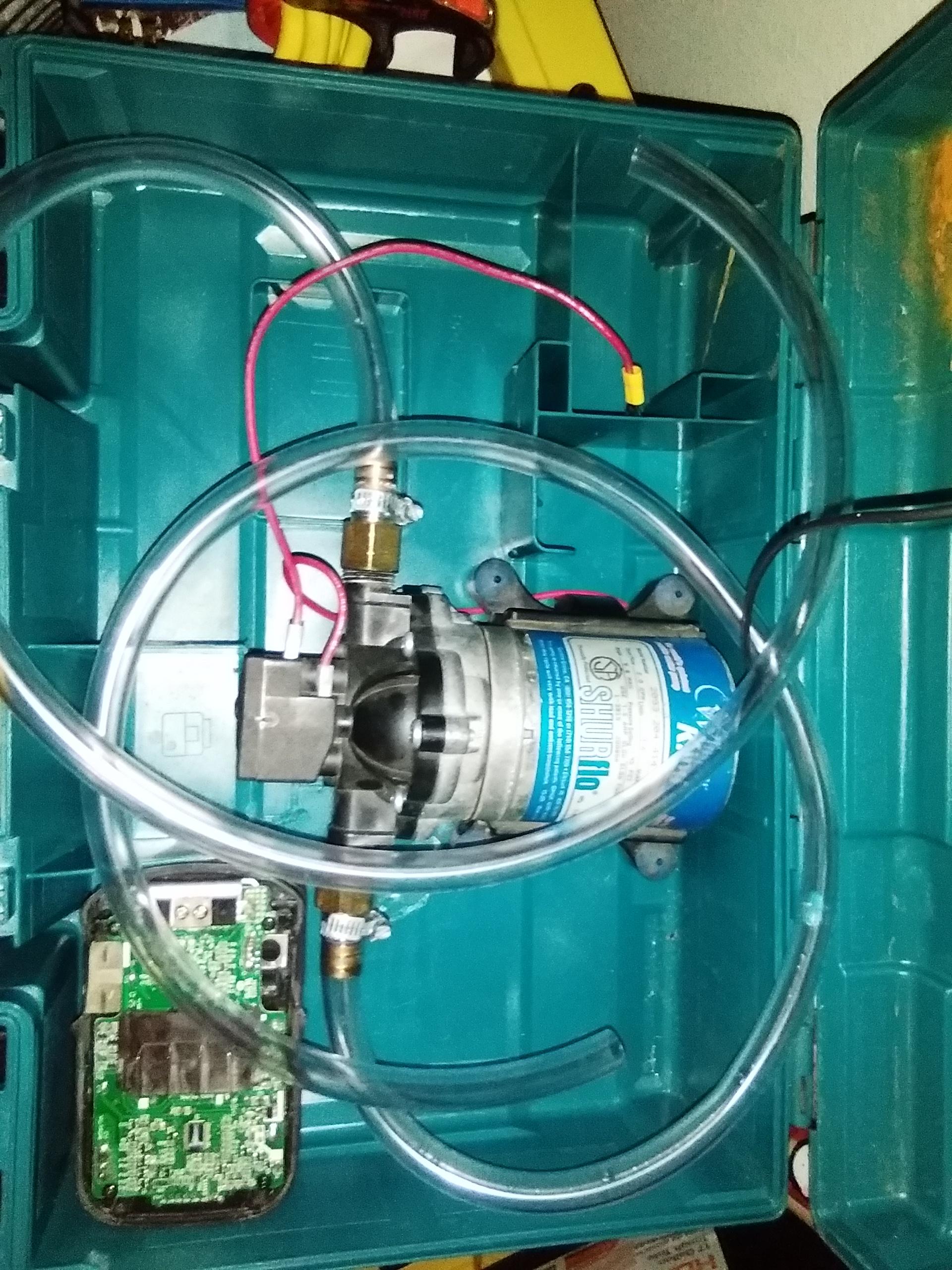 You may not have known, but at the end of your faucet is a small screen — also known as an aerator — that plays a big part in your home’s water.

Saw a video about this, I did not know about it, and a couple aerators were gross that I got to, looked like the pic on their page here

I shared a couple of rice including recipes. Now here's a tip on rice I swiped from a cookbook meant for British kids heading out on their own.

Rice can be boiled like pasta. I've done this with long, short and medium grain rice.

No rice cooker. No keeping an eagle eye in a timer so the rice doesn't glue itself to the bottom of the pan.

Just bring a large pot of salted water to a boil. Add one cup of rice per four servings.

Simmer for about 20 minutes. You can start poking or doing a taste test at the fifteen minute mark. Drain with a strainer. Fluff. Serve.

Yeah. I was boggled too.

https://www.delish.com/cooking/recipe-ideas/a37329199/spam-musubi-recipe/ (You can cook the Spam in a skillet if you don't have an air fryer)

is a popular Hawaiian snack. I like to eat it, but the making it can be a time killer.

So now when I want the flavors, but don't have the time, I make a musubi bowl.

Prepare the rice and Spam as directed. Instead of pressing, put a half a cup (or more if you're really hungry) of rice in a bowl. Lay on a couple of slices of prepared Spam. Then sprinkle over furikake seasoning to taste.

Easy! You can top it with a fried egg and it makes a great breakfast too.

Way back in my college days, I used to make this with Contadina sweet and sour sauce

These days I can my own sweet and sour sauce

But you do you. You could also use Mandarin orange sauce or something similar.

The short and long of it is this:

Make some white rice. While it's boiling,

Cube a can of Spam into bite sized pieces.

If your sweet and sour skimped out on the pineapple, open and drain a small (or a big if you want) can of pineapple pieces, saving the juice.

Put a little oil in a skillet big enough to hold all your ingredients. When it's hot, cook the onions and bell peppers until they soften and then add the Spam. Let it sizzle for a minute or two.

Pour the sauce, the pineapple, and any reserved pineapple juice you haven't snitched, over the solids and let it heat through.

Serve over the hot rice. If you want to push out the boat, serve with some stir fried veggies and egg rolls on the side.

They only canned meat I've had, beyond the bits in Campbell's soup, is tuna. And canned tuna is obviously awful compared what i would grill myself. But if you forget real tuna, canned tuba on a cracker, perhaps with some cheese, is just fine. It's a bland cold fish that is entirely palettable.

Most of these cans appear to have a 2-4 year shelf life. I'd like to add a few cases to the pantry mostly as bet hedging. And even if the world doesn't end, I couldn't bring myself to simply dump them, so I'd like to find something that's decent enough eat occasionally.

Tuna is clearly the most popular canned meat. Chicken is a distant second. Beef and pork are rarely alone, but often packed with other flavored foods - corned beef hash, stew, chili without beans, weiners, spam, etc. Is this because tuna is simply the best choice? And chicken is similar enough that they try to get in on the game too. The beef/pork containing so much flavor already really narrows what it can be used for.

This turned into a bit of a ramble but I'd welcome any input.

Upon closer inspection, the screws for mounting the jaws appear to be cut off and maybe even pounded flat: https://i.postimg.cc/DzNsW-Rq9/67833.png

The lower lip of the jaw holder is not parallel - the center sticks out the most, and it tapers back on either side. So currently you can either pinch things in one spot on the lower bit, or move the piece on to that ledge, and clamp with the face that would hold the jaws. Functional for small parts that would be at home in my old 4" vice, but certainly not using this one to its potential.

So what to do? Break some screw extractors? Drill new mount holes over an inch? Some sort of side retention jaw?

I'm not sure i can get the slide in a drill press - i think the slide itself is so long that i won't be able to reach the bit all the way down to drill out the jaw holes. Have to wait and see.

Maybe “assemble” is a better word for it.

I’ve been shooting my Mathews Triax for a couple years with cheap sights, rest and arrows. I’ve gotten my form dialed in and I’m consistent enough with what I have that I’m going to upgrade the bow with high end components and arrows to make it reliable for hunting, hopefully next year.

I’d like to build some bomb proof, heavy, carbon arrows with a fixed blade broadheads and matching field point. I’ve watched the YouTube videos and read what I can but I have some questions I’d like to bounce off someone who knows these things.

Anybody here have any experience? Thanks

So you connect red cables to the positive on each battery, red to red?

then black on the "alive" battery, to some neutral metal point on the "dead" car?

Tips appreciated, thought this was a common issue to discuss I discovered this several years ago. Now every couple of years I make a whacking great jar of it to use in Autumn/Winter baking. It gets better the longer it ages.

There's a traditional cake it's meant to go in, but it also works just fine in boxed chocolate cake mix or cinnamon strudel coffee cake. (Use it instead of the water) Or as filling for little pastry tarts.

This is a repost. I tried yesterday, but it didn't take. Start out slow, Need to get a bite under the texture. Scrape random pieces off. Wet it, let it sit for 5 min.

DIY is a community for posting videos/photos of projects you have completed or are working on.

No non-DIY posts. There are no exceptions.