Conspiracies
Communities Topics Log In Sign Up
Sign In
Hot
All Posts
Settings
Win uses cookies, which are essential for the site to function. We don't want your data, nor do we share it with anyone. I accept.
DEFAULT COMMUNITIES • All General AskWin Funny Technology Animals Sports Gaming DIY Health Positive Privacy
14 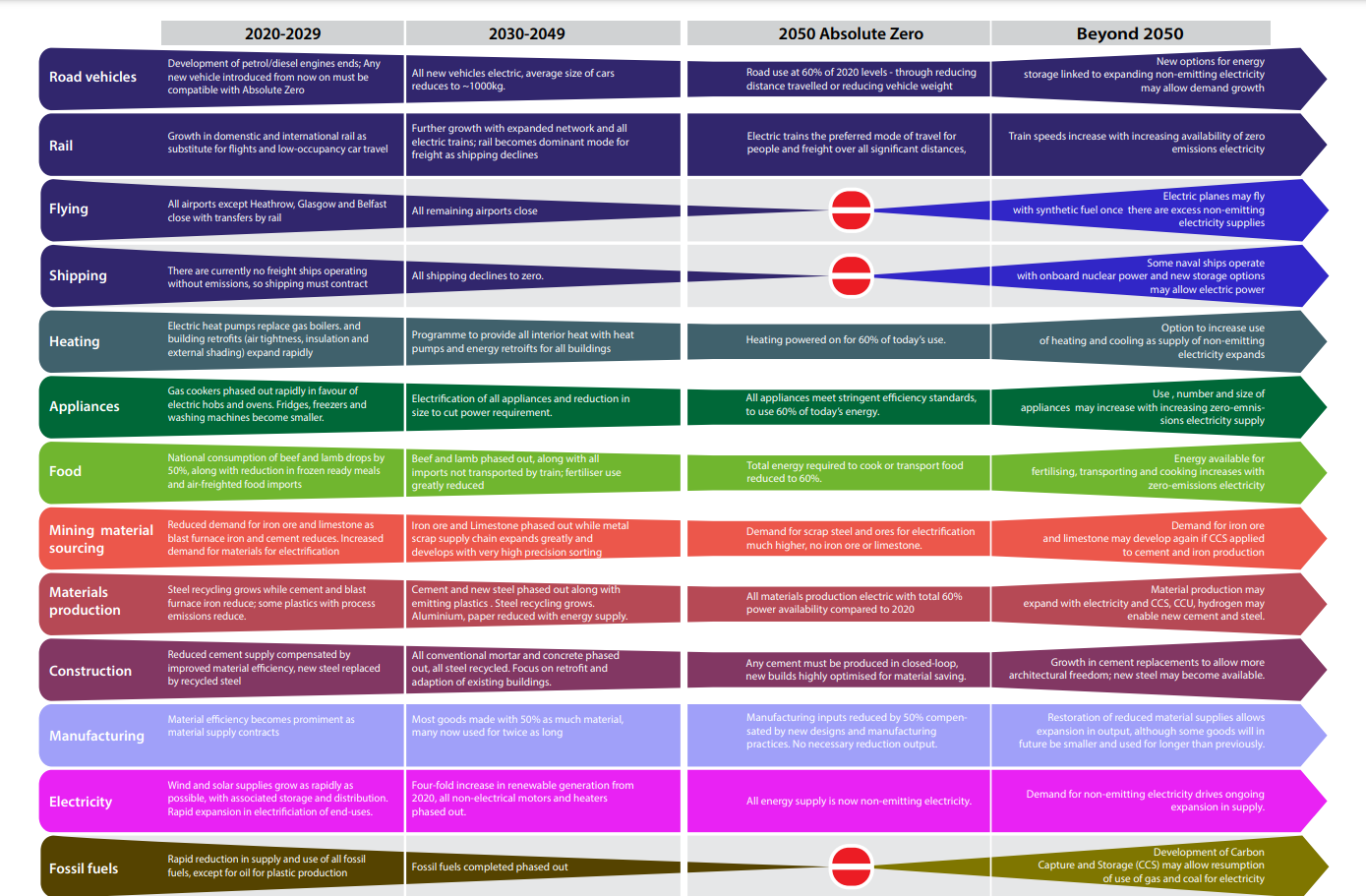 You will have to click on the title of the post to see the full, readable view of the image.

I was wondering about this today. It is safe to assume as President he would know about the goings on of the globalists right? I mean we know what they intend to do for fuck's sake. Its not like they hide their plans or anything.

So why, if he is the champion of the little man, the American Nationalist looking out for American's interests as a populist, not warning people about what the globalists intend for us? Imagine the wake up call for rank and file republicans, his staunches supporters, if he told them about Event 201, the fake pandemic to destroy the economy (and his presidency), Event 2030, Cyber Polygon, etc??

You are free to draw your own conclusions as to why he has not mentioned these things.

Because he doesn't have free will. Everyone in the public eye lies by omission.

It's not much different in real life, in a way. Most people have a wall of sorts and will casually avoid anything regarding specific topics. The true measure of an individual's freedom is the ability to speak their mind, because their mind is their truest bastion of freedom. Trump certainly spoke his mind, just casually avoiding most things of consequence.

You can see where people hit their wall...like Alex Jones on Rogan. Very easy to see what they avoid.

Very few people speak their mind honestly, and those that do aren't exactly favored by TPTB. Ron Paul springs to mind.

Majorie Taylor Greene certainly seems to say what she thinks. But even she has her limits, I'm sure. At least she's calling out other U.S. leaders as being Zionists first, but then still has Trump's back. Rather puzzling.

She's a Christian, so it would be something if she actually started calling out the Satanists in politics. I find it interesting that someone would see the problem with Zionism but not the deeper spiritual war where Israel is mostly just a haven. No coincidence that New Haven is home to Yale, Skull and Bones, James Alefantis, and other Satanists. Much higher comparative crime than other New England cities too.

If person X does not do Y then my proposition Z must be true.

So, yea, you think they brought Trump (a speedbump on the way to their goals) in on their plans?

Also, he was well aware of a lot of this, as is anybody who's been paying attention, and his policies interrupted them.

I doubt he is a planner or an active participant, but if we know about this, how would he not?

His silence on these issues doesn’t tell us much, if anything. If you look at Art of War, you learn about deceiving your enemy. If Trump told us even a small part of what he knows, it would signal to the globalists that he knows that (and possibly more) information.

The Imitation Game shows quite clearly why that’s a bad idea.

It takes about ten seconds of thought to debunk (sorry to use that phrase) your implications that Trump was some fake in or this with the cabal.

Just his expansion of fracking and energy policies alone, which expanded, rather than reduced, the use of fossil fuels, and his constant mocking of wind/solar as not practical, is just one example.

He doesnt, didnt. I just find it strange he hasnt talked about the globalists plan to enslave the world through technocratic rule. It would be greatly appreciated if he did.

Because talking about globalist plans to enslave the world is an enforced error in a world of normies, only some of which were red-pilled by 2020 corona-hoax and election rigging.

I tend to think of Trump like Vlad Dracul. The Turks helped him into power, but once there, he did subverted Turkish rule.

I guess I just feel like its too late now. Maybe it would have been an unforced error for many, but it would have also been a wake up call for many that have now irreversibly harmed themselves with the graphene injections.

And it was clearly of no benefit to him to not talk about it because the cabal just stole the election from him, banned him from every platform and continue to harass him legally. He won nothing and lost almost everything by playing it safe and saying nothing.

He played their game in some respects, and in others he didn't.

Even Ike waited until his farewell address to warn us of the Military-Industrial Complex.

Wind is not practical at all. Use more energy to produce and maintain windmills than they can produce energy. And not like you can recycle the parts either

This big push for electric everything drives me crazy. It’s so dumb on many levels.

LOL their plan is to stop all flying and all shipping? Inconceivable!

This is a war game. By communicating to us their plans: 1) The enemy will have more incentive to change plans - decreasing the chance white hats stay in the loop, 2) It signals to the enemy what information white hats have.

It’s like letting your opponent know that you know what his poker hand is. Let him think you don’t know - or at least wonder.

Because he is and always has been one of them.

A billionaire with gold toilets who convinced poor Americans he was one of them.

A thrice married serial cheater prostitute using unrepentant philanderer and sexual abuser who convinced the evangelicals he was sent by god.

A lifelong friend of Epstein and his cabal, formally accused of child rape at an Epstein party with a witness, who convinced the right he was a moral leader.

He’s a globalist who learned to speak a bit of the language of resisters, who fell for it hook line and sinker.

You do know Trump spoke openly about his friendship with Epstein right? You know he bragged about Epstein and the parties he attended, right?

Hey, you don’t want to believe me? Ok, believe Donald Trump himself in 2002:

“I’ve known Jeff for fifteen years. Terrific guy, He’s a lot of fun to be with. It is even said that he likes beautiful women as much as I do, and many of them are on the younger side. No doubt about it — Jeffrey enjoys his social life.”

See Enigma. If I’m breaking German and Japanese code, the last thing I’m going to do is let everyone know that I’m breaking their code.

Trump was only one who helped investigators against epstein, and he kicked him out of mar-a-lago, and epstein asked him for help to buy a house and trump bought it under his nose

Yes after being extremely close friends for 20 years they eventually had a falling out over a real estate deal.

Which in no way alters the fact that they were super close friends for two decades that Trump knew and even said publicly that Epstein liked very young women and the awkward fact that Trump was formally accused of raping a 13-year-old girl at an Epstein party, with a witness.

And of course, when Epstein finally gets arrested, he dies while in trumps custody.

He has been accused of everything.

'Falling out over real estate deal'

Epstein wanted his help with the deal and Trump straight up fucked him, thats not 'a falling out'.

And the only one who assisted prosecutors against epstein in 2008 was Donald Trump, and after he touched some kid ar maralago, trump banned him there as well.

Trump donatwd to Hillary, you think they are best friends as well?

Do you believe every accusation the MSM accuse him of?

Oh and by the way, Trump did just donate to Hilary: he supported her, funded her and she and Bill attended his wedding.

Then when the election was over in 2016, Trump called her a great American and a patriot in public, and then refused to pursue or press any charges or take any action against her. Despite the endless ‘lock her up’ rhetoric.

Oh and the final piece of that puzzle by the way: just remember that Trump literally wrote a book which describes in detail how to get what you want by telling gullible people what they want to hear.

I am endlessly depressed that there are still people out there falling for his obvious con artist routine.

I believe Trump himself when Trump said they were friends for over 15 years.

I believe that Trump went to scores of Epstein parties because he admitted it and was photographed there.

I believe Epstein evaded prison because then Miami AG Acosta let him go with a slap on the wrist. I believe college-Dropout Epstein was hired by Barr’s father to teach university level math and physics.

I believe Trump was formally accused of raping a 13-year old girl at an Epstein party, with a witness. The charge disappeared when Trump paid the girl off.

I believe Epstein was in prison under Trump and Barr’s authority when he “killed himself”.

Put all that together, and tell me it doesn’t stink to high heaven.