Conspiracies
Communities Topics Log In Sign Up
Sign In
Hot
All Posts
Settings
Win uses cookies, which are essential for the site to function. We don't want your data, nor do we share it with anyone. I accept.
DEFAULT COMMUNITIES • All General AskWin Funny Technology Animals Sports Gaming DIY Health Positive Privacy
127
McAfee Megathread
posted 30 days ago by axolotl_peyotl [M] 30 days ago by axolotl_peyotl
104 comments share
104 comments share save hide report block

Well here's an event worthy of a megathread. What a time to be a conspiracy theorist!

I think that would deserve a spot.

As a backup, this could be a topic where to debate interesting websites, too. I'll give some of mine.

in courses section there is a ton of material, both written and audio, about ancient esoterics alchemy etc.

A blog about our times through a conspiracy lens, but the content is really well organized compared to many.

While i'm fairly sure it's biased in many regards, it's the no.1 alternative medicine aggregator around, nowadays it's a good check on my website list.

To start off there are no magic 'cures', no pill you can swallow or supplement that you can take that will reverse long term chronic disease. There are however causes, which are completely overlooked by modern medicine. By removing the causes, the body can recover, or at least the disease process can be halted. Well dentistry is a massive cause of chronic disease for a variety of reasons.

So what went wrong with me? And how did I get better? Well I had severe chronic fatigue to the point I couldn't function at all. Long story short it was caused by an infection around a wisdom tooth that had grown horizontally and caused an abscess. I had the tooth removed but the problem remained. I had a cavitation. I had surgery to open up the area remove the infected bone then I was able to get better. Unfortunately cavitations don't exist to mainstream dentists so there are only a few specialists that understand the problem and will do the surgery.

That's it, hope someone finds this useful. Sorry for the wall of text :-)

Thanks to u/v8power for the excellent suggestion!

It's a tricky topic!

Thanks to everyone who made suggestions or voted!

Thanks to u/sharks_n_colorado for the winning suggestion

Please see the full text of their suggestion.

Thanks to everyone who made suggestions or voted! The Modern Cover-up of the REAL Natives of NZ by the govt. Bones destroyed. Red haired people who were slaughtered by Maori, possibly connected to Easter Island redheads? (youtu.be)
posted 7 hours ago by JollyJoker 7 hours ago by JollyJoker
3 comments share
3 comments share save hide report block
17
Jeddit is putting delays on VPN users, whic likely means they're trying to dox people (www.reddit.com)
posted 8 hours ago by KennyLiquorbush 8 hours ago by KennyLiquorbush
1 comment share
1 comment share save hide report block
11

Anyone getting the vaccine now is part of a trial group. Anyone who thinks "free" is a good deal is an absolute moron leaving money on the table.

They should be compensating each participant in their trial. No pregnant or breast feeding mothers were included in the trials. In other words, any doctor who is pressuring a pregnant woman to get the shot is taking part in a criminal act.

In reality, most people getting the vaccine are uninformed to the fact that they are part of one of the largest clinical trials of all time.

Women have lost their babies. Children have been born with defects and/or forced to drink contaminated milk supply from their mothers. Details of this are only now being gathered.

Why is the vaccine free? Because they are the product. 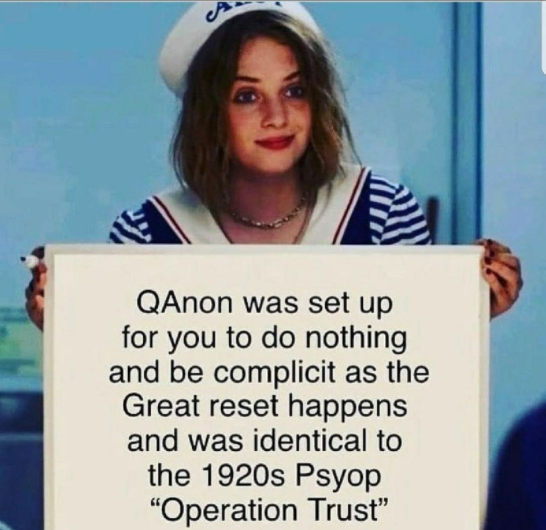 21
Haaretz: "Demography is destiny. Ensuring Israel's Jewish majority is neither offensive nor indefensible." Not coincidentally, this is precisely why the globalist cabal pushes open borders in the US and Europe. (twitter.com)
posted 20 hours ago by KennyLiquorbush 20 hours ago by KennyLiquorbush
2 comments share
2 comments share save hide report block
38
UK Parliament: Slip of the tongue, or intentional disclosure? "...they will be considered fully vaccinated, whether they've had THE PLACEBO OR THE VACCINE..." (files.catbox.moe)
posted 1 day ago by clemaneuverers 1 day ago by clemaneuverers
5 comments share
5 comments share save hide report block
view more: Next ›
Content Filters: